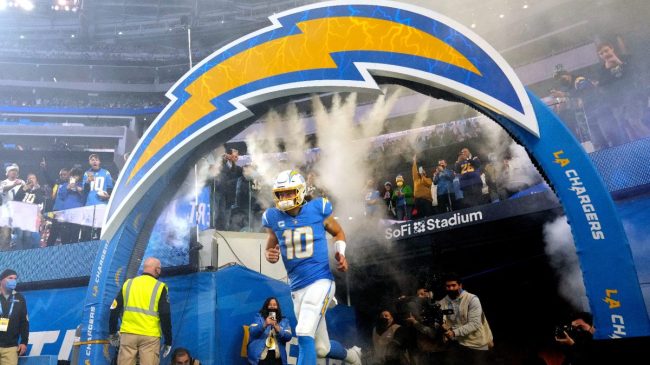 The Los Angeles Chargers have won the NFL schedule release.

The league dropped the entire 2022 slate for all 32 teams at 8 PM on Thursday night. It only took until 8:01 PM for LA to take home the crown.

The Chargers social media team put together an insane anime clip featuring each opponent on the schedule. The ridiculous video takes vicious digs at a number of their foes, while taking a key characteristic from every team on the slate.

We’ve seen a few other media teams put together pieces for the release. The Seattle Seahawks posted a hilarious video of them pranking the entire team with a fake schedule ahead of the NFL’s unveiling.

But this is easily the most creative. And the downright most disrespectful.

Should we REALLY make our schedule release video an anime?

The anime goes all in on the Chargers’ upcoming foes.

Each clip features something unique (and at times, unwanted) about each organization they’ll face on the NFL schedule.

The intro is relatively tame until a Week 3 matchup against Jacksonville. A lonely Jag sits on a barstool in a pink shirt and khakis, an obvious reference to Urban Meyer and his famed bar incident where he was filmed hitting on a woman that wasn’t his wife. The Browns are next as the video goes “off air” with a legal statement obviously directed at Deshaun Watson’s pending lawsuits.

Back-to-back games versus the Broncos and Seahawks follow, allowing the perfect chance to jab at Russell Wilson’s trade to Denver and the death of the Legion of Boom.

The Atlanta Falcon flying into a Waffle House sign for Week 9 might be the best of the second half slate, although a shot at Kyler Murray deleting his affiliation with the Cardinals comes close. The video rounds out with Colts quarterback carousel.

Check out the full Chargers’ slate below. If they perform anywhere near the level of their social media team, it should be a good year.