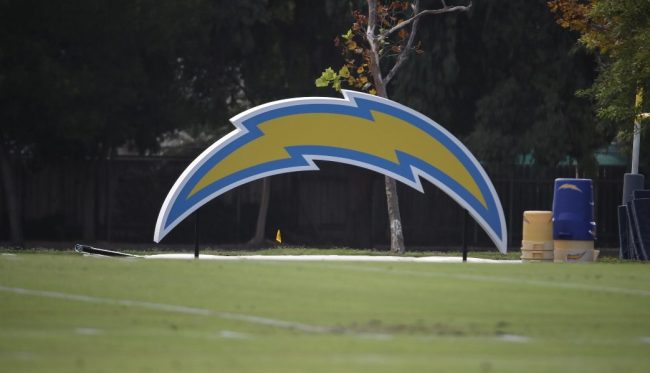 The Los Angeles Chargers played their first preseason game against the against the LA Rams but a prospect’s father stole the show. After spending a year on the bench, Breiden Fehoko aims for a larger role on the defense. While he’s busy developing his game, it turns out his dad is becoming more of a star than he is.

While standing on the sideline, Fehoko happened to be mic’d up when his father appeared on the jumbotron. When the camera is on, you can bet Breiden Fehoko’s dad will do the Haka. As it was happening, the Chargers prospect couldn’t help but laugh once he saw his father steal the show.

You might remember the Fehoko family when Breiden was in college. During his time playing for the LSU Tigers, a video clip went viral back in 2018 when the Tigers won the National Championship. The Chargers prospect was seen doing the Haka with his family in preparation for the big game.

Breiden Fehoko joins his dad for the Haka this week #LSU pic.twitter.com/wBiA8HqsmT

His father is not shy of the camera by any means. It’s a cultural tradition many in Hawaii practice. However, the Chargers prospect couldn’t help but laugh while his father absolutely stole the show at the first preseason game. Perhaps we’ll see his dad more often if Breiden Fehoko records his first career sack.

At the end of the day, it’s awesome to see parents downright excited about supporting their children. Keep an eye on the Chargers’ young nose tackle. He’s in a great position to help his team out in a rotational role. If he can develop his game, then we should see Fehoko hit the field more often in the 2022 season.