Charissa Thompson Gets Emotional Talking About How She Dealth With, Overcame 2018 Photo Leak 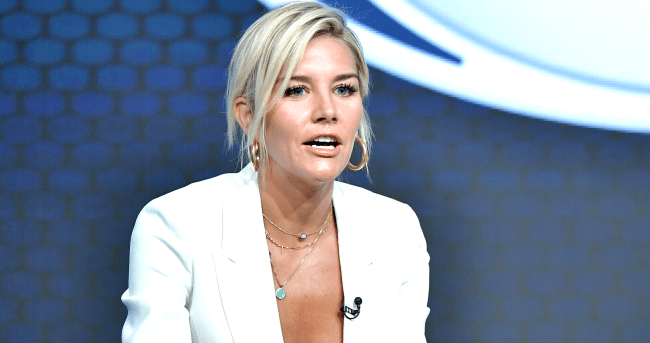 Back in 2018, Fox Sports broadcaster Charissa Thompson joined the ever-growing list of celebrities to have the personal files hacked and see her private nude photos leaked on to the internet where anyone who wanted to could see them.

On Thursday, Thompson appeared on former NBA star Jalen Rose’s show Renaissance Man to talk about how her career has developed since the two of them each appeared on The Best Damn Sports Show Period back in the early 2000s.

During the course of the interview, Thompson was asked by Rose to discuss how she has been able to maintain her discipline and her professionalism in a high profile position for so long and be so good at her job?

After telling Rose she appreciates the sentiment and values his opinion, Thompson said, “Being real, I haven’t had a sterling reputation. That I had my privacy invaded, right? Which then became public. Which then becomes comments. Still, this was only… this was, whatever it was, three years ago or whatever, I had my privacy violated. And those comments, still to this day I have to delete off my Instagram. Comments I have to sort of answer to. But as most things in my life, again, I was a victim of something, but it now puts you in a position to be judged.

“I meet most things with humor,” she continued. “It’s my way of self-depricating. I say what I know everybody else is already thinking. So I take their power… at least what I believe is the power they think they have.

“So saying, like, ‘Oh, cool, you guys have seen the videos, seen the pictures! Welp, you know everything about me. I’m a great girlfriend.’

“I just say it, because now it’s like, alright, what do you have? What else do you got? Because if that’s all you had, then we can keep it moving.”

“So for me, it’s about my professionalism, showing up on Sunday or doing that interview, I can still feel like a professional no matter what happened to me personally because of the way I am authentically dealing with it. Just, how I feel that I can get through things.

“It’s, hey, I’m human, I had something really bad happen to me, but my employer, again this is where Fox is so incredible, when that all happened to me I’ll never forget this, my bosses put me on a plane to the NFC Championship Game… it makes me want to cry… to Philadelphia to be with all the guys because… oh, I’m crying… you’re making me cry! You’re a great interviewer! I’m already crying.

“Because they were like, ‘hey, this bad thing happened to you, but we want you to be with your family and your family.’ They were all on the road for the NFC Championship Game, so I flew there and I wasn’t even working, I just was with them and they were like, so wonderful to me. And so, I’ll never forget that. Even though most people… people make comments, ‘oh, how are you still employed after that?’ or this or that and I want to be like, because something bad happened to me that I have to be fired over it? No.

“Instead, my employer wrapped their arms around me and were like, ‘we got you.’ So… I don’t even know what your initial question was now ’cause I’m crying, but I think it’s just about remaining authentic even if it’s a crappy thing that happened.”

Thompson then continued the discussion further, talking about how she was able to still want to be a public figure after her privacy was so violated, how hard the job she does is and how it’s not just all glamour, and then discussed her new podcast with Erin Andrews.

Check out Thompson’s entire interview, as well as Rose’s previous talk with Andrews, another broadcaster who dealth with a very public personal privacy violation, in the videos below…