Charles Barkley, Who ‘Lost A Fortune’ On The Falcons In SB LI, Calls Cowboys Loss Their ‘Biggest Choke Job’ 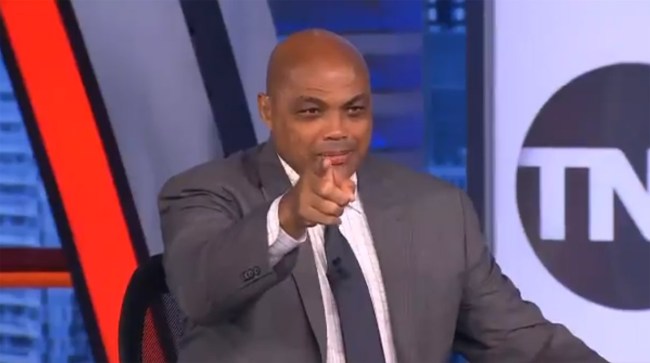 Ever since the Atlanta blew a 28-3 lead and losing 34-28 to the New England Patriots in Super Bowl LI there are few things more fun in sports than piling on the Falcons when they struggle, screw up, or well, one of them announces they are having a baby.

NFL fans are literally armed and ready with jokes and memes, just waiting for it to happen again.

And happen again it did during Sunday’s Falcons-Cowboys game when Atlanta somehow managed to piss away a 29-10 halftime lead and a 99.8 percent chance to win with three minutes left in the fourth quarter.

The Falcons had 39 points with zero turnovers in their loss against the Cowboys.

Entering today, teams were 440-0 when scoring 39 points with 0 turnovers since 1933, when team turnovers were first tracked, according to Elias. pic.twitter.com/LZdqzwQZyD

Following Sunday’s Falcons debacle, one longtime fan of the team even went so far as to compose a brilliant letter explaining why, after 20,171 days of everyone waiting for them to win the big game, he’s done.

Another slightly more famous fan also couldn’t believe that the Falcons had done it again. Namely, Charles Barkley, who was so disgusted he interrupted the NBA on TNT crew just because he simply had to say something about Atlanta’s incredible come from ahead 40-39 loss to the Cowboys.

“What on earth is so urgent that you have to raise your hand?” Ernie Johnson asks Chuck.

“I just want to say something, America. Y’all know I love football, it’s my favorite sport, and let me tell you something, I lost a fortune on the Atlanta Falcons in the Super Bowl when they choked,” said Barkley.

“But let me tell you something, they outdid theyself today,” he continued. “That was the biggest choke job that the Atlanta Falcons did today. I’m not giving the Dallas Cowboys credit. That was a choke job!”

Chuck felt the pain after the Falcons loss today 😅 pic.twitter.com/fr9SlJJv3W