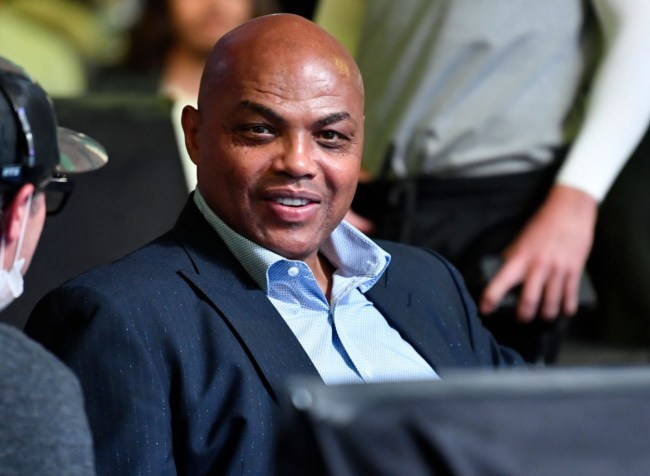 Charles Barkley has officially had enough of the Los Angeles Lakers this season, which is saying something given the fact we’re still a month away from the All-Star Game.

During ‘Inside The NBA’ on Thursday, a night the Lakers weren’t even playing a game, Barkley laid into the Lakers. His frustrations don’t necessarily lie with the players themselves, instead, he’s furious about how the higher-ups have handled things this season.

“The Lakers are such wussies,” Barkley said, “and I only say wussies because I can’t say the word I want to say. The way they have tried to throw Frank Vogel and Russell Westbrook under the bus is really pissing me off.”

Barkley is of course referencing the rumors and reports that Frank Vogel’s seat is hot in Los Angeles. As for his Westbrook comment, the Lakers guard was benched late in the game against the Pacers earlier this week. Westbrook, who has played rather terribly since the new year, reportedly threw a tantrum on the bench after the fact.

The NBA legend wasn’t done calling folks out, either. It’s also worth noting his first comments about the Lakers came before an interview on the show, then he continued again after the interview in classic Chuck fashion.

"The way they have tried to throw Russell Westbrook and Frank Vogel under the bus is just really pissing me off."

Chuck goes off on the Lakers. #NBAonTNT pic.twitter.com/qdDx84S7Fj

Barkley made it a point to call out “clowns on other networks that got their heads up the Lakers booties” before calling out Lakers’ management. He wasn’t a fan of the Lakers roster being full of old guys to begin with and isn’t surprised by how things have gone so far this season.

“I’m not going to sit at like all these clowns on other networks that got their heads up the Lakers booties,” Barkley hilariously explained.

“The people up top who put that trash together are running and hiding like cowards. You put all them old geezers out there.”

Things are unwell in Laker Land. Barkley knows it, Lakers fans know it, we all know it. It’ll be interesting to see how this all plays out during the second half of the season.