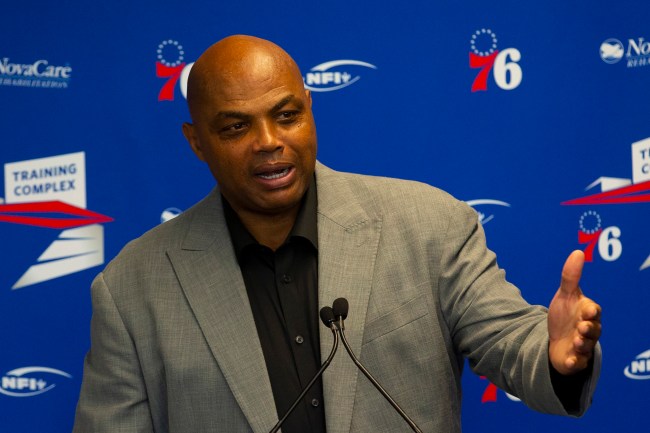 It was only a matter of time till the outspoken Charles Barkley was going to give his honest opinion about the NBA season’s plan for a return in July. After the league approved 22 teams to resume play on July 31st, it was all but expected that fans would have hoops again to consume for the summer months, leading to plenty of optimism and excitement since live events haven’t happened since March.

Then some prominent NBA players like Kyrie Irving, among others, stepped up and wanted their concerns to be heard, with a few speaking out about how the league’s return could be a distraction from the Black Lives Matter protests happening around the country. Irving even went as far as saying he’s willing to sacrifice it all for equality in the country — which was something some people on Twitter questioned.

Fast-forward to today, and Charles Barkley is coming forward with some thoughts on the issue; and he’s more than questioning any player who thinks sitting out if/when the league finally returns is a good idea.

Appearing as a guest on ESPN’s Get Up Monday morning, Sir Charles didn’t hold back giving his opinion — but, really, does he ever? Claiming it’d be a “catastrophic mistake” for the NBA season not to return, Barkley detailed some of his reasoning for the stance, and specifically called out Irving and Dwight Howard during his response.

"I have no idea what Kyrie and Dwight are talking about, but it’d be a catastrophic mistake not to play."

“I think it would be stupid not to play for two reasons. Number one, if they don’t play they’re gonna be out of sight, out of mind for the rest of the year,” Barkley said. “LeBron (James) is probably the most famous athlete in the United States. He won’t be visible anywhere.

“Also, these guys got to realize this money’s gonna come back, and they’re gonna lose billions of dollars that the players could use and go into their own communities and do some great stuff. It’s not good on any front. I have no idea what Kyrie (Irving) and Dwight (Howard) are talking about, but it’d be a catastrophic mistake not to play.”

Is Charles Barkley the be-all and end-all of basketball wisdom? No. But is he right that, should NBA players refuse to return to the league that the overall product will suffer? Absolutely. Going that long between games — and losing that much revenue in the process — is only going to hurt the personal brands of the players and lead to lower salaries in the future. As Barkley states on Get Up, that doesn’t help anyone; which is something Stephen A. Smith agreed with.

Athletes need to weigh decisions and have the right to voice concerns, but it’s a tricky situation given all that’s going on around the country right now — from the protests to the pandemic — so there will never be a one-size-fits-all approach for every player; regardless of how popular he is.