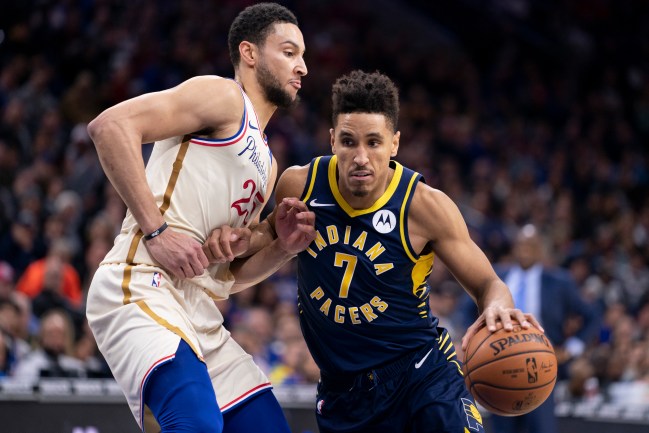 The NBA return was supposed to bring joy to sports fans who have gone without live events since the middle of March, but, unfortunately, there seems to be a lot of pushback from players and coaches about the league’s approved plan to get 22 teams back together to complete the season.

Since the league announced that the NBA return would take place on July 31st from Disney World near Orlando, there have been whispers about the logistics of the whole operation. How are players and teams going to stay safe? What does this “bubble” to keep teams isolated look like? Are older coaches really going to be told not to be on the sidelines around players in order to protect them? With so many unknown answers, it seems like a few players are a little less than thrilled to even resume the season.

One of those players seems to be Indiana Pacers guard Malcolm Brogdon, who spoke to JJ Redick about how a few guys he’s spoken with are “very interested in the possibility of sitting out the rest of the season.” Take a look at what the fourth-year guard had to say about the situation while a guest on Redick’s podcast recently.

Some players are very interested in the possibility of sitting out the rest of the season. Malcolm Brogdon explains to @jj_redick and @talter what’s he’s heard from peers as an NBPA executive.

“I’ve talked to a few guys that are super interested in sitting out possibly,” Brogdon said Thursday on The JJ Redick podcast. “At the end of the day, I was actually talking to Chris Paul the other day and he said, ‘Man, this is an individual decision that every man has to make for himself.’ I think that’s exactly what it is. I think it depends on your perspective.”

While it’s interesting to hear Brogdon mention Chris Paul’s name — who is the president of the players’ association — it should be an even bigger deal that Paul’s reply was that it’s an individual decision for players to participate or not, which echoes the tune of ESPN’s Adrian Wojnarowski who said some players have indeed balked at the idea of an NBA return.

But, per Malcolm Brogdon’s discussion with Redick, players aren’t just concerned about the ongoing pandemic, but also where the country currently stands in the fight for equality, especially with the Black Lives Matter protests going on. Many NBA players have protested and been involved in their community, and it seems like that’s a factor in their minds when considering the NBA return.

“I think it’s a matter of perspective. I think guys are gathering to really talk about and dive deep into the idea of not playing.“

It’s hard to imagine a pro athlete actually sitting out and forgoing the opportunity to play again. But we live in uncertain times right now, so what was normal definitely isn’t anymore. That could lead to some basketball players balking at the NBA return, according to Brogdon, and it’s something that superstars like Kyrie Irving have reportedly been weighing as well, so who knows what might happen once the league tips off again next month.