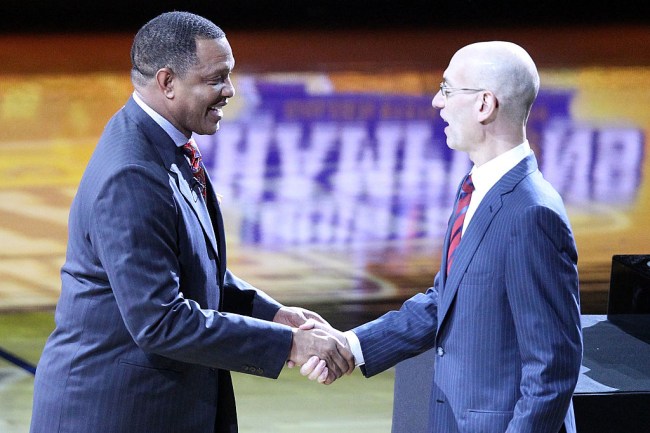 We made it folks! We really did it! After spending almost three months waiting for the NBA to resume its season after Rudy Gobert’s dumbassery forced the league to hit the pause button and caused basically every other one in North America to follow suit, its board of governors has officially voted to get back into action *glances at calendar* almost two months from now.

This shouldn’t come as too much of a surprise, as the NBA had previously said it would give teams at least 25 days to gear up for the reboot, and hey, if we’ve made it this long, what’s another couple of months. Right? Right???????

It’s worth noting that the players’ union will still have to approve the proposal but they’re expected to endorse the plan, which will involve 22 teams playing eight regular season games at the Walt Disney World Resort to firm up the playoff picture before the postseason kicks off.

Of course, safety is still on the top of everyone’s mind and there will be regular testing and social distancing policies in place in order to prevent athletes, coaches, and anyone else who plays an integral role from suffering the same fate as Gobert and the other players who contracted the illness after him.

After the motion was passed, commissioner Adam Silver spoke with Tim Reynolds of the Associated Press and said there could be one more precaution put in place to promote the safety of older coaches who are more susceptible to falling victim to the virus.

Adam Silver says it is possible that "certain coaches" may not be able to be the bench coach when play resumes at Disney "in order to protect them."

The CDC says people 65 and older are at higher risk.

The statement quickly came to the attention of Mavericks head coach Rick Carlisle—who also serves as the president of the coaches’ union—and he spoke with Silver about the issue and shared the details of the conversation with Adrian Wojnarowski.

Carlisle continued: …"healthier than someone in their 30's or 40's. The conversation should never be solely about a person's age. Adam assured me that we would work through this together to help determine what is both safe and fair for all of our coaches." https://t.co/yYDldXL69D

Gentry also offered his thoughts on the matter and didn’t exactly give the idea a ringing endorsement.

Alvin Gentry: “At the end of the day, they're the league. They're going to make the choice. I think it's unfair if that's what they're doing. I understand the risk that I'm taking if I do get it. But hell, I want to be with my team and do my job. That's what they hired me for."

Sadly, no one has been able to get a reaction from the famously quiet and reserved Gregg Popovich as of this writing but there’s a chance that could change unless Silver walks his statement all the way back. Here’s to hoping he doesn’t because there’s nothing I could use right now more than a good Pop rant.