Charles Barkley Torches NCAA: ‘They Do An Awful Job, Time For Them To Get Their Crap Together’ 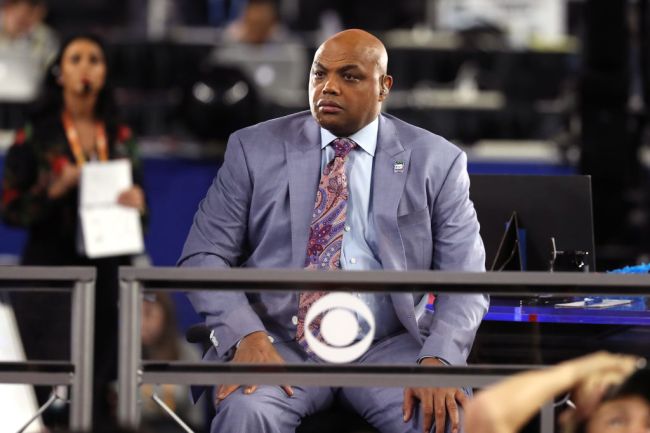 Two things are true about Charles Barkley: you never know what is going to come out of his mouth, but whatever it is, you better believe it’s going to opinionated and honest. Those two traits are what make him one of the best sports commentators in the business, and on Sunday night we got to witness another fiery rant from Barkley, this time about the NCAA.

Kenny Smith began talking about the NCAA and its rule book and not necessarily scrutinizing the association, so Barkley jumped right in and cut him off before going on an epic rant about what a joke the NCAA truly is. Barkley began by calling the NCAA ‘the Barney Fife of the world,’ which if Andy Griffith Show references are made, you know Barkley is about to go off. He didn’t hold back one bit, and even made an example of one school (presumably LSU) for getting caught paying players, and the NCAA still not yet acting on it years later.

“The NCAA, they’re like the Barney Fife of the world. They do an awful job of administrating,” Barkley said. “We’ve got guys on teams, paying players three years ago, and they ain’t said nothing about it. The NCAA, they are so far behind the times, they’re so reactive. It’s time for them to get their crap together. They say they want to stop cheating, they want to make everything equal, with the women which was a travesty and a disgrace…It’s time for us guys, the coaches to say ‘yo man, y’all gotta do a better job.'”

This is why Charles Barkley is one of the best & highest paid broadcasters in network TV sports. Only one at this high a level willing to say this. Might just be his ticket out of doing these college shows. pic.twitter.com/jiIfmSHRf2

I don’t know about you, but I don’t believe one word out of Barkley’s mouth was a lie. The NCAA is reactive, and typically that reaction is either far too slow or far too fast where no real changes can be made and expectations aren’t altered one bit.

You have to tip your cap to Barkley for calling out the NCAA while simultaneously covering the NCAA tournament. You, me, and especially those in the sports commentating world need to take a page out of Barkley’s playbook here and get honest with ourselves.