No. 2 Overall Pick Chase Young Shows Off How Jacked He Is In Shirtless Pics That’ll Scare TF Outta Opponents 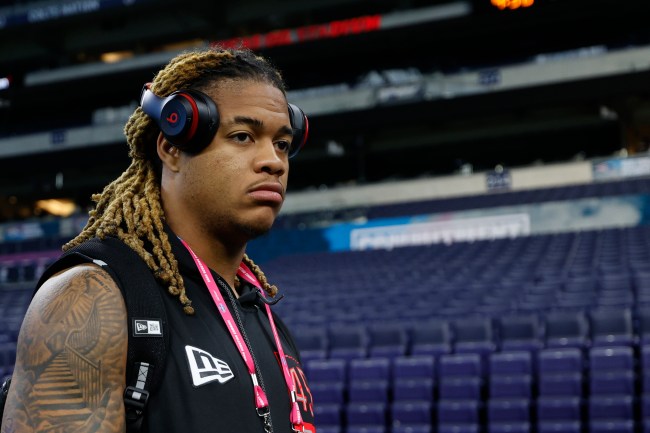 Even before the Washington Redskins selected Chase Young with the No. 2 overall pick in the 2020 NFL Draft, we all knew one thing about the former Ohio State defensive end: He’s as jacked up as anybody you’ll see. Whether it was showing off his ripped six-pack with a cropped jersey on the field, or pushing himself to the max in the weight room with guys like Arnold Schwarzenegger, Young is clearly built way differently than you or me.

While the NFL offseason has been a little bit wonky because of this whole coronavirus business, that doesn’t mean players are just sitting back and relaxing, taking time off from the gym as they wait to get word that they can return to facilities to put in work. And if you need any proof of that, just look at how beastly Chase Young looks in recent shirtless pics that surfaced on social media, showing just how intimidating he is.

If you’re an offensive lineman tasked with blocking Young next season, good luck. More so, if you’re a quarterback with a questionable offensive line who needs to try and slow this freak of nature down, prayers up, because this guy clearly isn’t playing around when it comes to adding bulk and strength.

Once the images of Chase Young hit the Internet, people had plenty of reactions about what their eyes were seeing; so take a look below at some of them from Twitter.

I thought I was a strong individual but um….

Imagine CY coming at you full speed – no thanks

That’s basically what I look like when I work out, too

Imagine being a guy like Daniel Jones on the New York Giants right now and seeing Chase Young training and looking like a fucking cyborg in a sci-fi movie. Yeah, one would imagine the second-year starter for the G-Men isn’t getting much sleep after peeping the pics above.

Young stands 6’5″, weighs 265 pounds and has insane speed — which is why some experts believe he’ll be better than the Bosa brothers in the NFL. So, yeah, to say that he’s an absolute physical freak might be the epitome of understatements.