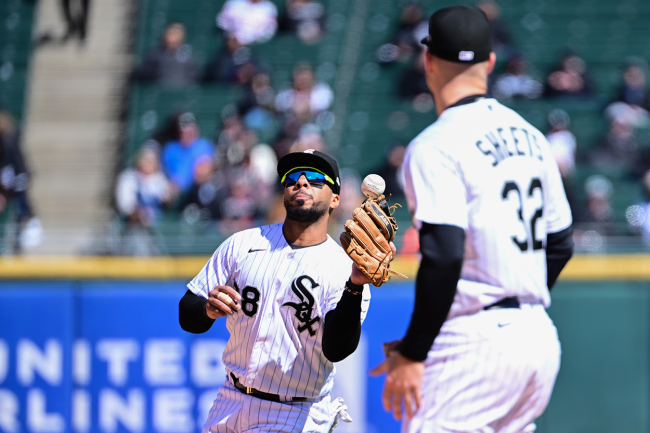 The city of Chicago isn’t called the ‘Windy City’ because of the weather, but you wouldn’t know that based on how windy it often is in Chicago. Especially on Thursday afternoon.

As the White Sox tried to host the Mariners for a matinee at Guaranteed Rate Field, the wind turned the game into a chaotic scene. The ball was floating and flying all over the place which made for some hilarious mayhem.

When the first batter took to the plate on Thursday, wind speed was sitting right around 35 miles per hour with the occasional gust up over 50 miles per hour. That made doing the baseball very hard.

It was particularly difficult and chaotic for defenders to try and play the field in the fifth inning. Here is how the first pop fly turned out:

The wind in Chicago today is something else pic.twitter.com/e9TNeb34nR

And then it happened again moments later just in front of the dish:

After two typically routine outs became singles, the White Sox (whether intentionally or not) leaned into the wind and continued the insanity. A would-be pop fly became an RBI single.

That wasn’t it, either. After the Mariners finally recorded their final out of the fifth inning, they got some help from the wind in the top of the sixth but couldn’t capitalize.

omg this play happened after all that pic.twitter.com/fndo7XYa0K

However, Seattle did capitalize on the crazy wind gusts in the seventh inning.

The wind took this ball and said "we're going over the fence" pic.twitter.com/eRYMl0efFn

In the end, both teams got a little bit of a boost from the weather so it all worked out in the end.