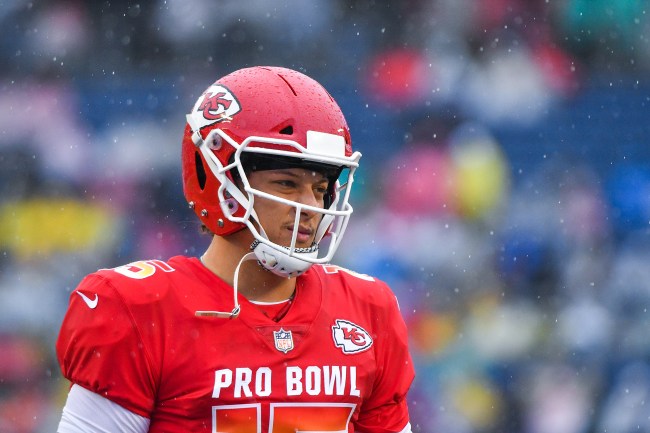 If the Chiefs want to achieve their goal of winning a Super Bowl, the NFL MVP and Offensive Player of the Year is probably an essential part of that objective. You can’t have your Golden Boy playing pick up with any Tom, Dick, and Jerry down at the local Kansas City courts and risking a flubbery accountant in Sambas taking an accidental dive into his knee.

Can you imagine how bad it would be if you were the one to injure the franchise’s best quarterback since Montana? That would exceed Steve Bartman level of alienation. You’d have to pack up your shit and move to Canada. That is if Andy Reid didn’t get to you first and eat you like a endless buffet on a hangover.

Sidenote: Mahomes can hoop, which is not surprising considering the dude could pick up Quidditch tomorrow and make Harry Potter his bitch.

You thought Patrick Mahomes was just the NFL MVP? 🔥

The clips of Mahomes balling on the locals went viral and caught the eye of the Kansas City Chiefs organization.

“The Kingdom can be assured: No more basketball for Pat . . . We were able to nip that in the bud,” Veach said.

I don’t recall any uproar when RGIII was terrorizing random dudes in a gym in Estonia last year.