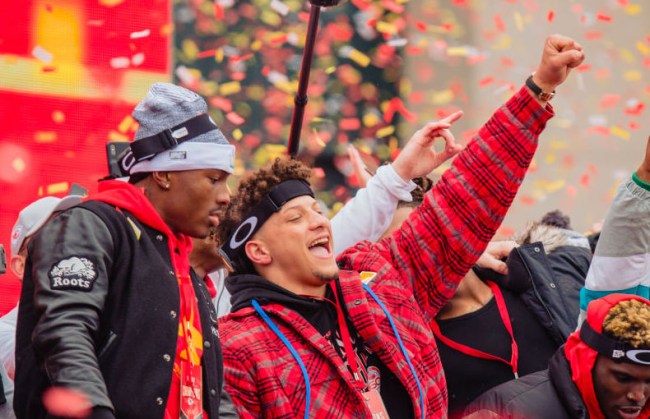 I was born in New England during a particularly rough time for Boston-area sports teams, and while I didn’t have to deal with the anguish that Red Sox fans who came into the world much earlier than myself had suffered through for decades—constantly telling themselves this would be the year the Curse of the Bambino would finally be broken—I had already dealt with plenty of heartbreak heading into my teenage years.

I remember defiantly piling all of my Red Sex gear in a pile outside of my bedroom when Aaron Boone’s walk-off home run delivered a punch to my guy that would’ve killed Houdini and was on the verge of swearing off my allegiance all together the following year when the Yankees took a 3-0 lea in the ALCS before falling victim to one of the most notable comebacks in the history of sports.

The city of Boston had plenty of reasons to rejoice after an 86-year World Series drought finally came to an end and I was lucky enough to experience the celebration firsthand when my parents let me skip school and head up to the city when the duck boats were cured up to ferry the champions around the city for the victory parade.

There was plenty of cheering that day but I don’t know if I heard a single roar that was louder than when the liquor store near where I was standing on Boylston Street opened up, which resulted in a notable increase in the number of people in the crowd holding various cans and bottles in a paper bag.

On Sunday, the Kansas City Chiefs snapped a drought of their own when they beat the 49ers in the Super Bowl, and on Wednesday, the took to the streets to show off the first Lombardi Trophy the franchise has taken home in 50 years.

The day got off to a rousing start when organizers were temporarily forced to put their preparations on hold when a car made its way through a barricade before leading police on a chase along the parade route.

The play by play here, MY GOD. pic.twitter.com/bfkU8Pk8cN

The vehicle’s two occupants were ultimately detained but they weren’t the only people placed in handcuffs on Thursday, and once everything was said and done, Kansas City Police released a recap of the arrests they made over the course of the day.

Total arrests from the parade/rally area today: 5
2 from police pursuit on route
1 on a horse
1 at Union Station
1 belligerent guy who fell out of a tree
Well done, #ChiefsKingdom! #chiefsparade

The man on the horse in question was apparently smoking a joint while trying to make his way through the crowd on his mount, but according to WDAF, he wasn’t ultimately charged.

@barstoolsports @BarstoolBigCat @stoolpresidente Wanna see a dude riding a horse through the crowd at the #Chiefs parade smoking a joint then almost trample people? Well it's your lucky day. pic.twitter.com/SVISWVut6u

Onlookers also capture a man they say was visibly drunk who decided it would be a good idea to climb a tree and likely questioned that decision when he fell out of it (he also managed to avoid ending up in jail when everything was sorted out).

Patrick Mahomes also showed off his deadly accuracy when he poured a can of beer into Travis Kelce’s mouth but they both managed to avoid getting charged for violating open container laws or being intoxicated in public.

Keep the celebration going, Kansas City. You deserve it.