Chris Broussard Fires Back At Kevin Durant For Calling Him A Liar Over Texting Relationship, Claims He Has Hours Worth Of DMs With Durant 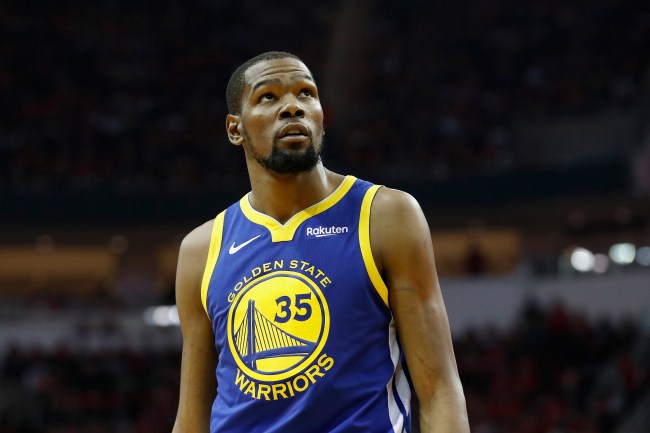 KD’s beef with Broussard started when the FS1 delivered a take about how the Warriors were better without him.

I see a little exaggeration there buddy, my worst nightmare?? U sure that this is the worst that it can get???

Earlier today Broussard responded to KD’s tweet by claiming that they have a love, hate relationship with one another and that they have texted for hours in the past.

"KD and I have a love-hate relationship. We've texted for 2, 3 hours straight about life, basketball, media, faith. … KD has gone at me much harder privately. We make a living critiquing athletes. It would be hypocritical of us to not be able to take it." — Chris_Broussard pic.twitter.com/tIMTgidgK4

Durant quickly called out Broussard for lying about texting him in a Twitter post that went viral.

Broussard claims that they did indeed DM each other on Twitter and went a posted video claiming to have hours of DMs with Kevin Durant but wouldn’t release them to the public “out of respect”.

I won’t expose them out of respect 4 KD & others I text with.

I will continue to love, respect & pray for KD – & objectively analyze his game. pic.twitter.com/PBJwG67YKa

I 100 percent believe Durant has DMed Broussard considering he DMs random teenagers all the time.