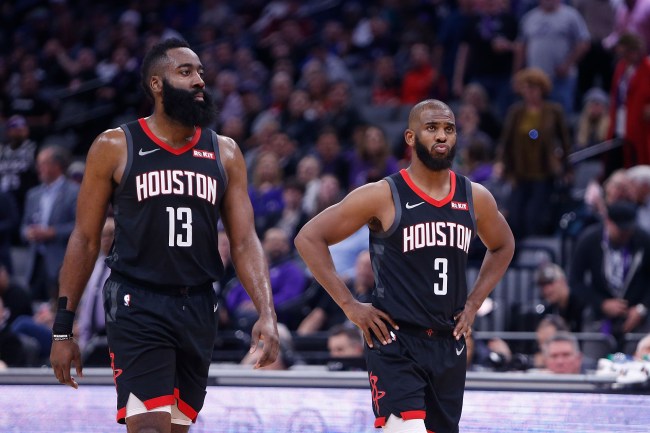 It’s been two weeks since the Houston Rockets proved that they are who we thought they were in getting handled by the Warriors in the Conference Semis. Since then, there have been no reports of locker room meltdowns or soup getting thrown on an assistant coach, which is surprising seeing as the Rockets roster contains some perpetual pouters (Cc: Austin Rivers, Chris Paul). I was beginning to lose faith in the NBA’s capacity to point fingers and be petty.

But today, we were gifted with a deep dive from Shams Charania of The Athletic that details the strife between stars Chris Paul and James Harden over ball distribution and the “clash of styles brewing” during the season.

“There was something of a clash of styles brewing throughout the Rockets season, with members of the team — most notably Paul — having spirited discussions with Mike D’Antoni about the offense and pushing for more movement, league sources told The Athletic. That type of fast-paced, ball-moving offense is what D’Antoni thrived with in Phoenix, and to the two-time Coach of the Year’s credit, he has adapted it in Houston to allow Harden to succeed in his game.”

For the fourth time in five years, the Rockets’ season was terminated by the Warriors (series 4-1, 4-1, 4-3, 4-2). The cumulative frustration of team being eternally incapable of cracking the code was reportedly evident in the moments following their home loss in Game 6.

“But Harden and Paul had tense moments with one another throughout Game 6, culminating in a verbal back-and-forth postgame that went into the locker room, sources with knowledge of the situation told The Athletic. Sources said the verbal exchange between Harden and Paul was regarding the ball distribution throughout Game 6. By the time the remainder of the locker room was ready to talk, Paul and Harden had gone their separate ways, with Paul swiftly making his way to the postgame podium. The Rockets dispensed with exit interviews this year, so the media hasn’t been able to ask Paul or Harden about the disappointment.”

Paul and Harden are both under contract for the foreseeable future (Harden signed through 2023, Paul through 2022), so the two will have to work together to find a solution. Maybe more fake laughing at each other’s jokes will do everyone good.

[h/t The Athletic, The Big Lead]