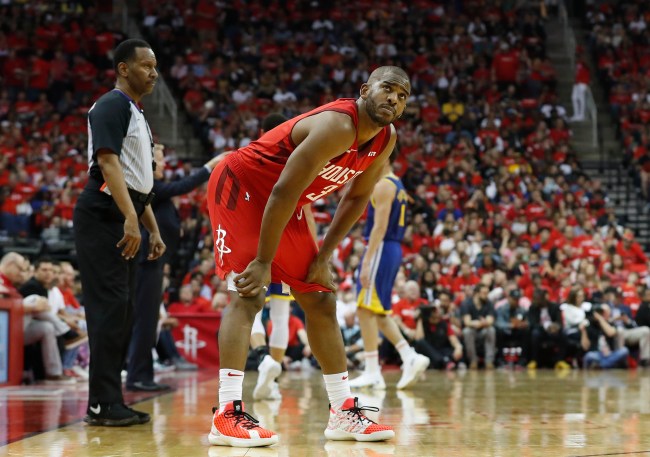 Over the weekend Chris Paul was surprisingly traded to the OKC Thunder for Russell Westbrook and a slew of picks after he was reportedly beefing with James Harden.

The Oklahoma City Thunder have agreed to trade Russell Westbrook to the Houston Rockets for Chris Paul, first-round picks in 2024 and 2026, pick swaps in 2021 and 2025, league sources tell ESPN.

Apparently, Paul isn’t very popular among veteran players who seemed happy about him being traded into the NBA equivalent of Siberia.

According to a report from The Athletic’s Ethan Strauss, several players laugh when Paul was sent to OKC because many felt that he prioritized stars and super max contracts instead of focusing on mid-tier players while acting as union president.

Some players around the league laughed when union president Chris Paul and his massive contract got dealt to the rebuilding Thunder for Russell Westbrook. Why? Because Paul’s regime is not viewed as one devoted to serving the NBA’s middle and lower classes.

“They advocate for the interests of max players and super-max players,” one veteran player said of Paul and company. “Basically, the CBA has helped the whole banana boat crew from back in the day. It’s taken from the midlevel. I think middle-tier players aren’t getting that mid level money anymore.

“I think just that huge super max has had cost. Teams are putting all their eggs in one basket to keep that super-max guy. It’s dried up the salary cap. I don’t see it as sustainable long term

Paul is going to have the last laugh because the super max contract that he helped negotiate in the last CBA is going to make him a ton of money for the duration of his career.

Current Chris Paul contract +$120M owed, let’s see what he will accept as a buyout and go to a contender. OKC is not paying him $120M pic.twitter.com/VQtmBuqYvl

Paul might even get a record-breaking buyout from the Thunder if they offered it to him.

Stephen A. Smith says OKC would buyout Chris Paul ‘without question’ if he gives back $10M-$15M of the $124M he is owed over the next 3 years pic.twitter.com/vfZMiKvN65