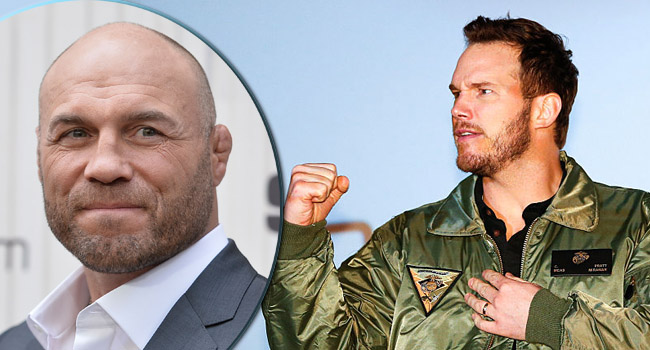 Chris Pratt, who actually competed in wrestling for 12 years before he became one of the most famous actors on the planet, showed that he could hold his own grappling with UFC Hall of Famer Randy Couture in a new video he shared to his Instagram account.

The video was shot at Unbreakable Performance Center, Jay Glazer’s popular MMA gym. Not a bad place to train.

In it we see Pratt showing that while Couture could probably ruin his life if he really wanted to, Chris is definitely no novice.

A couple weeks ago I had the great privilege of training with UFC Hall of Famer Randy “the Natural” Couture @xcnatch at #unbreakable in Hollywood. Luckily he took it very easy on me.

Randy first coached me when I was 17 at Oregon State University wrestling camp. After a greco roman training session consisting of throws he invited teenage me to come up and demonstrate the three throws we’d learned that day: the underarm spin, lateral drop and head and arm. It was such an honor. Everyone cheered as I slammed Coach Couture to his back. Not once, not twice… but three times.

A few years later I was one of millions watching on TV as Randy entered The Octagon for the first time and dominated, eventually winning and defending the heavyweight title for years. He is a Pacific Northwest native and all around great dude. Gotta love the wrestlers mentality and work ethic. It’s a great sport which helped keep me out of trouble when I was younger and taught me to grind. I’ve always said it, wrestling made me who I am today. I dedicated years of my life to grappling. I still love it.

And let’s not forget, one of Pratt’s Guardians of the Galaxy co-stars is none other than six-time WWE world champion Dave Bautista — AKA the same guy who taught Pratt how to properly power bomb his then wife Anna Faris (I’m still sad).

Come at him, vegans.