Christian McCaffrey Blasts ‘Madden NFL 20’ For His Likeness, His Mom Even Chimes In With A Scathing Reply 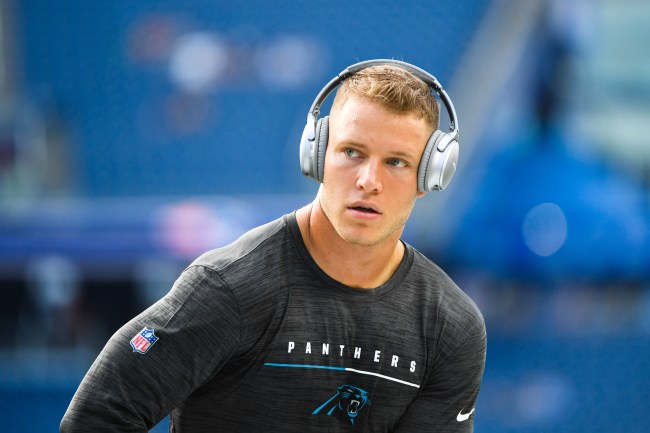 Christian McCaffrey is one of the most dynamic players in the NFL, proving that he’s equally as dangerous as either a runner or receiver for the Carolina Panthers. And, while the former first-rounder has proven himself to be a matchup nightmare for opposing defenses — who seem to know exactly where he is on the field — the people over at Madden NFL 20 are struggling a bit identifying the guy.

Why? Well, because, over the weekend, somebody pointed out on Twitter that Christian McCaffrey’s likeness in the video game was, uh, not exactly his actual race. Yeah, seriously, the developers at EA Sports made the guy African American instead of Caucasian, which prompted McCaffrey to burn the people at Madden NFL 20 with a real zinger after he saw the boneheaded mistake.

I don’t wear a hand warmer over my belt cmon Madden 🤦🏼‍♂️ https://t.co/iG4PeacRnX

Nicely played here by Christian McCaffrey, because he made light of the weird situation. And, while the Pro Bowl running back brought the funny with his tweet, his mom may have won the day with her reply — making a joke about who Christian’s real dad is.

Man, good humor definitely runs in the McCaffrey family, so good fun all around by both Christian and his mom, because some may not have joked as hard about the Madden NFL 20 mistake.

Christian McCaffrey wasn’t the only player who ended up being the wrong race in Madden NFL 20, though, because another person on Twitter showed Baltimore Ravens quarterback Lamar Jackson being Caucasian instead of African-American.

Seriously, WTF are the game developers at EA Sports smoking these days? Between these two fails and some of the other likeness issues we’ve seen in the most recent version of the game, it’s not the best work EA Sports has ever done, but, hey, we’re all going to keep on buying the game anyway, so I guess it’s not hurting the franchise too much — especially when players like Christian McCaffrey are joking about it, clearly showing it doesn’t bother them.