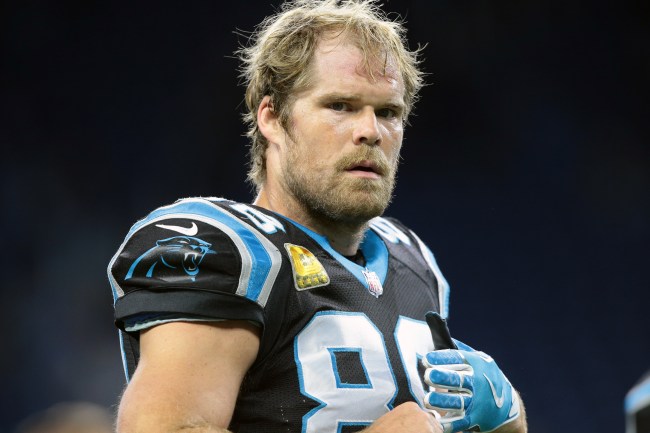 Madden NFL 20 touts itself as being one of the most realistic sports games — and, for the most part, it delivers. I mean, sure, there are hilarious glitches and painful plays that make you shake your head, swear like a sailor and throw your controller through the wall, but that comes with the territory of playing a video game.

With the most recent version of the sports franchise hitting shelves soon, we’ve seen plenty of news about what to expect from Madden NFL 20. From NFL players being pissed off about their overall ratings, to insane details like Tom Brady left hanging on high-fives on the sidelines, the game tries to capture real life as best it can. Unfortunately, it doesn’t always deliver, though.

Olsen, a three-time Pro Bowler and 12-year veteran, has a solid overall rating of 89 — which is just about accurate given his skills on the field and longevity in the league — but, damn, what in the hell are Madden NFL 20 designers thinking when it comes to the dude’s likeness? Seriously, take a look at the brown-haired, clean-cut, chin-strapped version of Greg Olsen that made its way into Madden this year.

the worst player likeness in Madden 20?

I’ve got no idea what the hell the people over at Madden NFL 20 are looking at, but that’s not Greg Olsen. In fact, maybe it’s just me, but it looks more like Blake Griffin in a Panthers uniform than anything else.

Naturally, once the Internet saw the piss-poor attempt at creating a digitalized version of Olsen, they had some thoughts. Here are some of the things Twitter had to say.

This isn’t even CLOSE

This is actually every Dominican utility player in the MLB

Have they even seen Greg Olsen before? My god that's bad

worst, of course, taking into account him being a bigger name and one of the higher-rated players on his team.

EA cuts a lot of corners with player likeness, look through the roster on almost any Madden game and half the players look nothing how they do in real life.

This is honestly the most pathetic franchise in gaming history.

Solely propped up by people wasting money on MUT.

Obviously, Madden NFL 20 can’t scan every single players’ face for the game — they just don’t have the bandwidth to be able to pull off such an operation. But, c’mon, at least try harder at making Greg Olsen resemble the real life version by giving him shaggier hair and, I don’t know, the right F’in hair color!

Olsen’s been in the league long enough that this probably doesn’t bother him at all. While he may not give a damn, not every player’s happy with the attempted likeness in Madden NFL 20, because Tyrell Williams of the Oakland Raiders made sure he called out the designers for how he looks.

It’s all in good fun; I think? On the bright side, at least these guys are in a video game and don’t have to create themselves to be a 99 overall with a laser rocket arm and Ferrari-like speed — which is what the rest of us have to do.