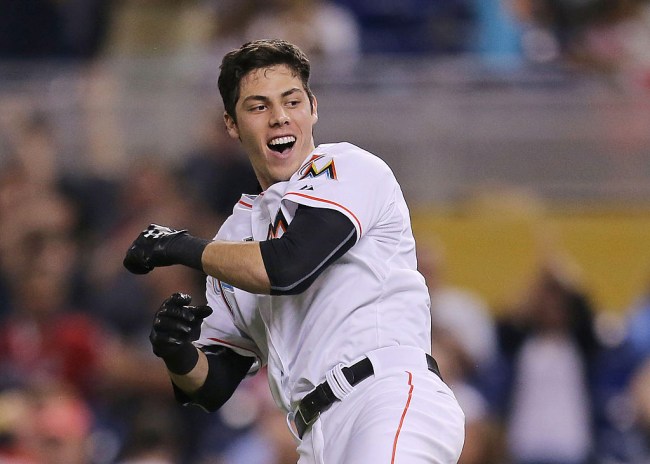 For the past decade, ESPN The Magazine has dedicated an issue to making people feel bad about themselves by convincing athletes to strip down to their birthday suits to show off their insane physiques in a series of tasteful photoshoots.

Earlier this week, the outlet announced the people who will be featured in this year’s installment—which will be the magazine’s final print issue—a list that includes notable names like Brooks Koepka and Chris Paul.

Milwaukee Brewers outfielder Christian Yelich also managed to earn himself a spot but it appears not everyone is thrilled about his inclusion, as a woman on Twitter decided to respond to the news by turning to the “THINK OF THE CHILDREN!” argument to voice her displeasure in a now-deleted tweet.

The tweet eventually came to the attention of Yelich, who advised Roxane to put on the red light when it came to criticizing him for what amounts to a fairly harmless project.

You’d think Yelich would have been happy to put the situation behind him following the mic drop but he decided to double-down on Tuesday night when he opted to change his walk-up music to the absolute jam that is The Police’s “Roxanne.”

Roxane probably isn’t going to be picking up “The Body Issue” at any point in the near future, but if you’re in the mood to see Yelich (and others) in the buff, you can grab your very own copy when it hits newsstands (which I guess are still a thing) on September 6th.