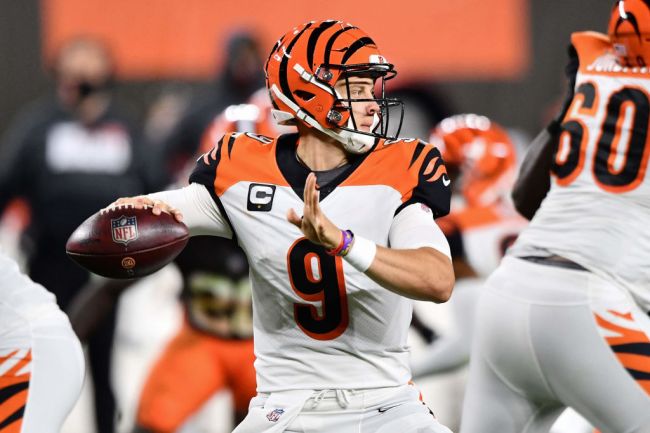 The Cincinnati Bengals may have gone just 4-11-1 this past season and haven’t won more than seven games since 2015, but there is excitement around this team with Joe Burrow under center, even after he unfortunately tore his ACL back in November.

The Bengals have decided to try and build more hype around this team by announcing on Thursday that they’ll be debuting new uniforms next season.

What makes the Bengals’ current uniforms and helmets so great right now is that you either love them or hate them. They’re without a doubt the boldest uniforms in the NFL, some may consider them the boldest among all major North American sports teams.

I for one think Cincy’s uniform and helmet combos as a whole is great. Could their numbers get a facelift? Sure, and maybe they could tweak the shoulder pad layout, but for the most part, they’re some of the best in the league in my book.

The Bengals first introduced the stripes in 1981 so seeing as how they’re 40 years old at this point I think you can categorize them as a classic.

While it would be shocking to see the team completely do away with the stripes, specifically on the helmet, stranger things have happened. Bengals fans on Twitter were more than happy to hear the news but were quick to point out that the franchise better not mess this up.