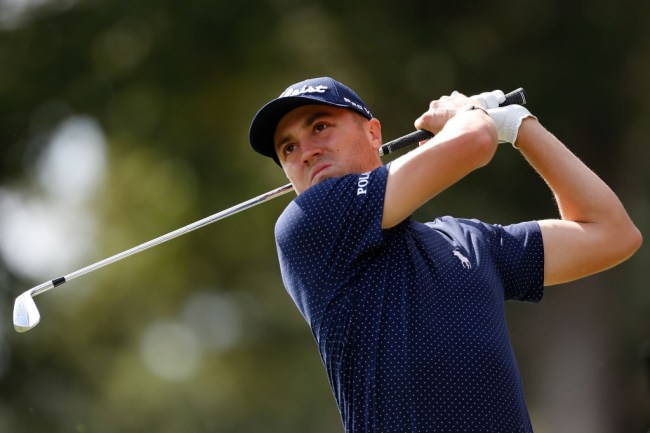 After a few weeks of Fall golf in the States, the PGA Tour now heads to Asia and the three-week stretch overseas begins with the CJ Cup at Nine Bridges in South Korea.

It’s a smaller, 78-player field this week, but it is loaded with big-time talent. The majority of last season’s Top 60 in the FedEx Cup standings will be teeing it up this week including Brooks Koepka, Justin Thomas, Tommy Fleetwood, Jason Day and Hideki Matsuyama just to name a few.

There is no cut this week so each player will get 72 holes in barring no withdraws. Koepka won this event by four shots a year ago while Thomas won in a playoff over Marc Leishman the year prior.

Nine Bridges is a Par 72 track that will play just under 7,200 yards. The biggest defense of the course is the weather; seeing as how it’s an island course the wind can whip up in a major way. The weather cooperated last year with Koepka winning at 21-under, but if the wind whips this course becomes very difficult.

The course features classic tree-lined fairways and bentgrass greens. With it being on the shorter side, players can really attack this place if conditions are optimal. Players better have their sand-game on point here though as the course has over 100 bunkers on the property.

Par 5 scoring will be a priority this week, with four of them, the players can make or break their chances. Scrambling is a key-stat this week as well as last year Nine Bridges had the 10th-lowest scrambling percentage on Tour.

The 22-year-old has made just one start in the new season – a T-10 at the Greenbrier – but Nine Bridges should fit his game perfectly. He’s an elite ball-striker sitting 12th on the Tour in strokes gained: approach; he shouldn’t have to worry about scrambling too much this week thanks to hitting greens more often than not.

Hovland has the all-around game that should shine this week and it would surprise nobody if he earned his first win on Tour this weekend.

Koepka is in the field and won here a year ago; if I didn’t have him as a pick to win I’d be a moron.

The notion that he only shows up for majors is out of the window this week seeing as how he has a W at the event, so that isn’t an excuse not to pick him this week. He made his season debut two weeks ago at the Shriners and struggled en route to a missed cut, but that isn’t a reason to fade him.

The Aussie finished third here a year ago and enters the week on solid form with a T-13 finish in his last start at the Shriners two weeks ago. He’s also posted four Top 25 finishes over his last seven starts overall.

The putter has been Smith’s best friend this year as he ranks T-13 in strokes gained: putting, but the driver hasn’t been too consistent. If he can keep the ball in the fairway this week, he’ll be towards the top of the leaderboard come Sunday; he knows this place well.