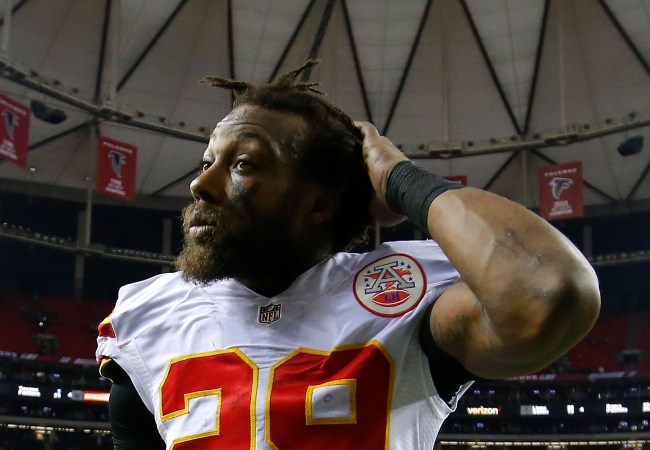 Cleveland Browns are on cloud nine right now following the major trade of Odell Beckham Jr. yesterday — which led to a bevy of wild reactions from around the sports world — but the team’s general manager, John Dorsey, might not be done adding Pro Bowl caliber talent just yet. While the team missed out on the rumored Earl Thomas addition, the club is apparently now shifting it’s focus on adding safety Eric Berry in a trade with the Kansas City Chiefs.

That’s according to Record Sports‘ Art Stapleton, who tweeted the rumor out to his followers earlier today.

Hearing rumors that John Dorsey and Browns could be making a play to pluck Eric Berry out of Kansas City.

Normally I'd ignore those rumors, but after the events of last night, this is another one I'll be keeping an eye on.

The move would be a better fit for the Browns than Thomas would have been, given the fact that Berry plays Strong Safety as opposed to Thomas’ Free Safety — which is what Cleveland is in need of adding after the Odell Beckham Jr. trade. The rumor also warrants some seriousness because Eric Berry was drafted by John Dorsey when the executive was running the Chiefs’ front office, so there’s already some familiarity between the two. But, like most things in the NFL this time of year, fans should always take these types of reports with a grain of salt, because they can change in a matter of minutes.

That said, given the news of the Cleveland Browns showing interest in another Pro Bowler, Twitter had mixed reactions. Some found the report humorous given the additions Cleveland has already made this offseason — and, seemingly, how they’re linked to everyone nowadays — while others were worried Dorsey was banking too much now to win a Super Bowl in the next three years. Take a look at some of the reactions to the Eric Berry rumor below.

Please say it's so. Dorsey is going to ruin Cleveland's cap situation soon. As for now, if we can get a second round draft pick, and dump Berry's salary. It's a no brainer.

Rome wasn't destroyed, all at once, give Dorsey time.

He is putting Cleveland in Cap hell… In 2 years when Mayfield wants to get paid like Mahomes… Dorsey will be out and Cleveland will have to have a fire sale like the Chiefs are going thru right now.. He is banking on winning a SB within 2 years

Dorsey is trying to win it in the 3 years. After that, this is going to be a salary cap nightmare for another 5. #FiredfromKC

ehh, this would be big news if it was 3-4 years ago. Eric Berry on his final legs.

Sure, Eric Berry may not be the player he once was following his battle with Hodgkin’s disease in 2015 and various injuries since. But the safety did return to the Pro Bowl twice since then and could still upgrade the Cleveland Browns’ defensive backfield. If this happens, it’ll be interesting to see the reactions from the Dawg Pound, because it’s like the entire fanbase has just shared a winning lottery ticket and still can’t believe it’s real.