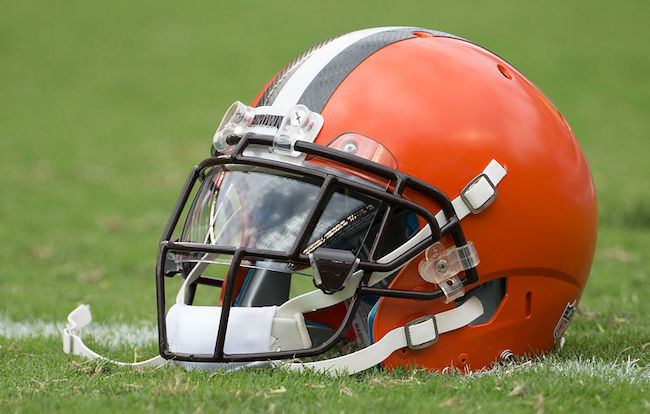 The Cleveland Browns fell to the Cincinnati Bengals by a final score of 31-7 on Sunday— a result that surprised literally no one with remotely any knowledge of how football is played. The loss pushed the Browns record to 0-4, and with it, the team all but doomed their fans to yet another season filled with disappointment, mediocrity, and multiple quarterbacks.

At this point, you’d think Browns fans would be numb to such a result and simply resort to their usual coping method: drinking heavily through the mouth hole they cut out in the paper bag over their head. However, based on yesterday’s game, it appears that not every one of their supports responds to failure in the same way.

In the fourth quarter, a man known only as Kevin decided there was only one way for him to deal with his team’s perpetual (and unparalleled) ability to underwhelm: by running onto the field. By all accounts, he managed to make it a few yards before getting tackled short of the end zone, which is the possibly the most poetic outcome possible.

Fan on the field gets tackled, arrested and then cheered by Browns fans. #Browns pic.twitter.com/Omr17PZWn0

As a result of his stunt, Kevin was arrested, fined, and had his season tickets revoked. Some of his friends set up a GoFundMe page to help him bounce back, and the description is easily more entertaining than any Browns game you’ll watch this year:

“We are raising money to support the Cleveland Browns season leading rusher – Kevin. This week he passed the rest of the team and rushed for 116 yards while eluding tackles from local law enforcement.  In addition to losing his season tickets, a fine, and the freedom to enter the stadium for the foreseeable future, Kevin will need funds to watch the game from home and not the pen.  In a way, we Browns fans all wish we were a little more like Kevin, and were not legally allowed to waste money on dissapointment and grief each and every week year after year after year.”

Kevin— or “Kev-O,” as he’s called in the description— said he has one simple reason for rushing the field: “They were down big with nothing to cheer for…I wanted to get life back into the stadium.” Based on the cheers he received after getting hauled off the field, he managed to achieve his goal.

Whether or not he will reach the goal of $2,500 is another matter entirely. As of this writing, he’d raised $128. I guess you have to start somewhere.