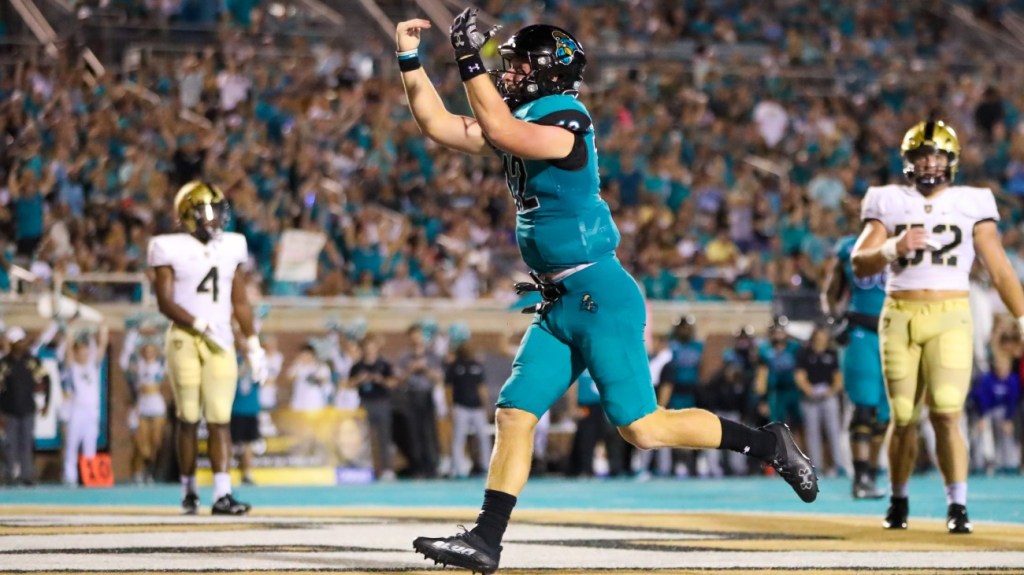 The Chanticleers were 4-0 ahead of the matchup with Georgia Southern who were looking to spoiler Coastal Carolina’s perfect record. Also, for anyone that isn’t sure what a ‘Chanticleer’ is it’s “a proud and fierce rooster who dominates the barnyard”, according to the school’s website. And the name traces its origins to Chaucer’s ‘Canterbury Tales.’

Moving on… Georgia State was cranking up the trash talk ahead of the game. They released this hype video below. It was cool at the time, sure. But then the game happened and they got smacked in the face, blowing a 4th quarter lead to Coastal Carolina.

First, here is the full video that Georgia Southern released ahead of the game against Coastal Carolina. Below that is the Chanticleer’s troll response that is absolutely perfect:

That’s a pretty solid video but Coastal Carolina came roaring back. They were losing 14-17 at the end of the 3rd quarter but put up 20 points in the 4th to move to a perfect 5-0 on the season. Then they released this incredible troll video, dancing on Georgia Southern’s misery:

If you didn’t see the game and were wondering how they won, here are some highlights:

The Chanticleers Football team now face Louisiana-Monroe on 10/8 followed by Old Dominion on 10/15 and Marshall on 10/29. Then they’ll face their other rival, App State in their first game of November.