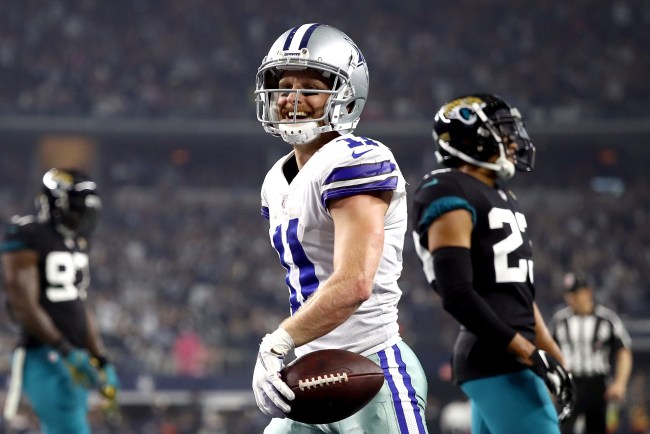 I KNEW IT! I called bullshit last week when Cole Beasley liked an Instagram post that put the burden of the Cowboys ineptitude on its owner, Jerry Jones, who cares more about money than winning championships. Beasley said he liked the post “by accident,” but I’ve been doing this far too long to believe that garbage.

Beasley is 29 and a free agent, so the thought of sticking with a team that hasn’t even sniffed the success they enjoyed in the 90s, when Troy Aikman led them to three Super Bowl victories in four years. On a personal note, Beasley’s per-game targets dropped from 6.14 to 4.45 after the Cowboys acquired No. 1 receiver Amari Cooper from the Oakland Raiders. Despite the drop in opportunities, this past season was the second best of Beasley’s career, with 65 receptions on 85 targets and 672 yards.

With Dallas having seven receivers on the roster for next season, Beasley doesn’t think there’s room for his 5’8” frame. He took to Twitter to sound off on the Cowboys front office and the influence it has over on-field production, or lack thereof.

Honestly, the front office pushes who they want to get the ball to. I haven’t been a huge priority in that regard. Maybe that will change but I’m not sure. More balls come my way in 2 minute drill where nothing is planned. https://t.co/ioih9BJJv1

Doesn’t mean I’m gone. I’ll play anywhere where I can make more of an impact. I would love for that to be Dallas or anywhere else that will give me more pops to make an impact. I just wanna ball. It’s hard with 3 to 4 opps a game. https://t.co/zImZKxkAvD

They never gave me a #1 wideout spot. I was gettin the same target before Amari and after. I was treated like a #1 one game. Jaguars. #1’s get targeted way more than I was.

So where will Beasley end up next season……

YOU HEARD IT HERE FIRST!