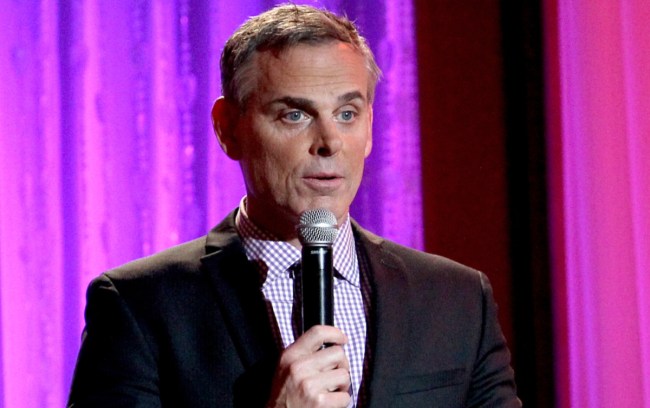 The Los Angeles Lakers, specifically what they’re going to do with Russell Westbrook, continue to be a talking point despite the fact we’re in the midst of the NBA Conference Finals and the Lakers missed out on the playoffs entirely.

According to a report out of The Athletic earlier this week, teams interested in trading for Westbrook want at least one first-round pick as part of a package in order to take on his massive contract. The Lakers have “no intention” of throwing in a first-round pick, so the basketball world as a whole is trying to come up with plans and scenarios that may make sense.

Colin Cowherd threw his idea into the hat during his show on Wednesday, and he just thinks the Lakers should “stink for another year.”

“This is not a problem that may be solvable quickly. I would buy Westbrook out, not play him and stink for another year,” Cowherd explained. “You’re not a championship team, and nobody is going anywhere.”

Cowherd also isn’t worried about LeBron James being onboard with the idea, because “he’s not going anywhere.”

“The other thing is, you really have more power and leverage with LeBron than you think. I hear a lot of ‘how will it land with LeBron’ I don’t know, he’ll be in his 20th year and play 55 games.”

"This is not a problem that may be solvable quickly. I would buy Westbrook out, not play him and stink for another year."

Lakers fans aren’t going to be on board with this idea of stinking for another year seeing as how they were the laughing stock of the NBA this past season.

At the end of the day, however, buying Westbrook out may be the only option the Lakers have if they don’t want to waste more than one year with an aging LeBron still in town.