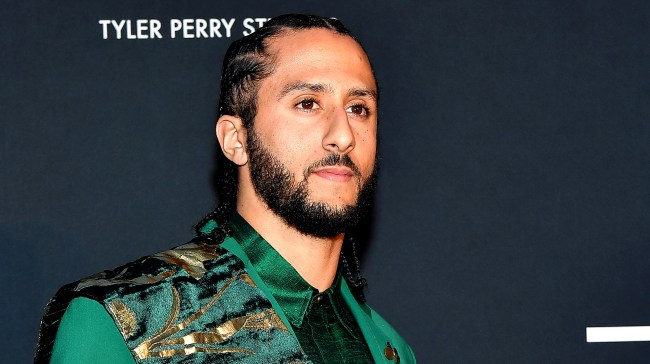 That is a fact.

And facts are apparently very important to Colin Kaepernick because on Thursday his team felt the need to release a two-page list of facts about the still unemployed QB.

The fact sheet titled “Facts to Address the False Narratives Regarding Colin Kaepernick” was released by Kaepernick’s sports agent Jeff Nalley, who says, “There have been so many false narratives in the media regarding Colin, we believe it is important to set the record straight, again.”

“Not a single team has offered Colin a job since the 2016 season, in which he began his peaceful protest,” the fact sheet reads. “Not a single team has brought Colin in for a workout. Seattle brought Colin in for a visit but did not work him out. Afterward, Pete Carroll said Colin is a ‘starter in this league.’ No other NFL team has interviewed or worked out Colin in the past 3 seasons, despite other false statements in the media to the contrary.”

“I have reached out to all 32 teams about Colin’s employment, with little to no response from teams about an opportunity for Colin. In 25 yards, I have never seen anything like it,” said Nalley, who added that Kaepernick still wants to play and “has been working out 5 days a week, for 3 years, in preparation to play again.”

The fact sheet also addressed topics like whether or not because of the grievance he filed if he is still eligible to play in the NFL (he is), if the 31-year-old is still good enough to play, why he opted out of his 49ers contract, and whether he would be a “fit” in most team’s systems.

“In summary, it is difficult to think of another young player in NFL history with statistics and character as impressive as Colin’s not being given an opportunity to earn a spot on an NFL roster after what he has accomplished,” Nalley ended the release.

Food for thought… I guess.