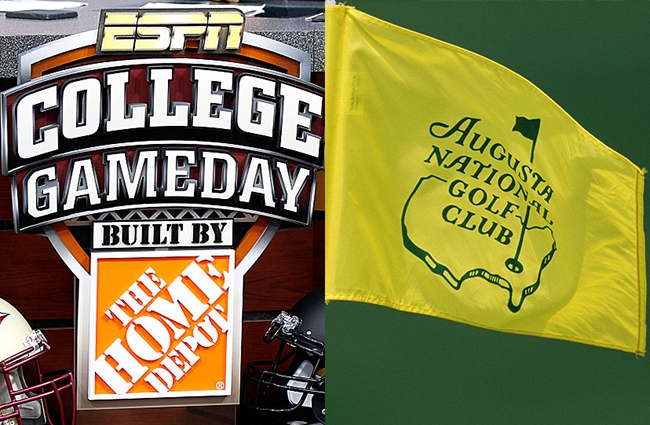 It’s been a little over a month since Augusta National Golf Club came out and assured worried golf fans that it was intent on holding The Masters as scheduled. However, it didn’t take long for officials to reassess the situation and suggest this year’s Tradition Unlike Any Other would be fairly untraditional due to a lack of fans—sorry, “patrons—walking on its hallowed grounds.

That contingency plan was floated shortly before the NBA sparked a chain reaction that saw virtually every sport come to a standstill, and after realizing you can’t stop an infectious disease from entering the clubhouse by charging it an initiation fee it can’t afford, organizers made the wise decision to err on the side of caution by postponing the tournament.

On Monday, the PGA revealed it’s currently preparing to get things started again once the middle of June rolls around and revealed the plan is to give most people their first glimpse at what Augusta looks like in the fall when it hosts The Masters beginning on November 12.

It’s certainly an interesting development, as weekends during that time of year are typically reserved for another sport, meaning some viewers are going to have some tough choices to make—not to mention Jim Nantz, who will presumably be in Augusta while (fingers crossed) Tony Romo spends three hours alone in the booth having a conversation with himself.

However, another big name in the football broadcasting sphere could give us the best of both worlds if he gets it his way, as College GameDay mainstay Kirk Herbstreit threw his support behind a suggestion that he and the rest of the gang head down to Georgia for the tournament and set up shop on Saturday.

There are a few potential hurdles here, as I’m not aware of any notable football schools in or around Augusta and I’m going to assume officials at the club aren’t exactly going to line up to help erect the GameDay stage on their property.

However, I can only imagine John Daly would be more than happy to have the crew join him and his RV in the parking lot of the Hooters down the street from the course where he traditionally holds court and I can’t think of a more perfect environment.

Let’s make it happen…um, whoever has the power to make this happen.