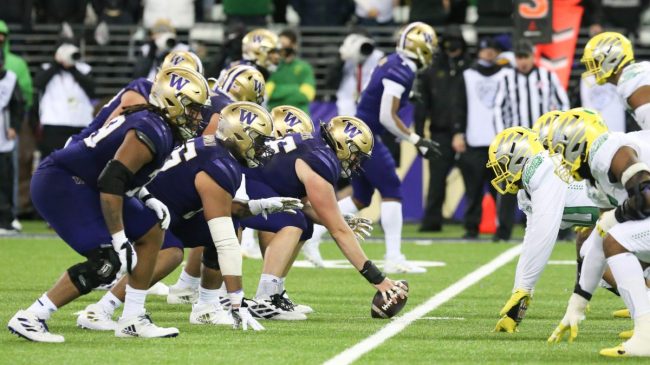 The PAC-12 is at a crossroads.

After the departures of USC and UCLA, the PAC-12 has to decide its future. Will the Conference of Champions look to add teams and solidify its standing as the perennial West Coast league, or will it step to the side and allow others to pick off the remaining programs?

It looks as though the PAC-12 will be aggressive. Rather than sit back and watch, the league is looking to team up with another conference to form a sort of two-sided partnership with either the ACC or Big XII.

That partnership would allow for the PAC-12 to essentially form a 20-team quasi-megaconference that has a West Coast side and an East Coast side. The PAC-12 champ would play the ACC or Big XII champ in the conference championship, and there could be interleague crossover games in the regular season.

It would also help keep the SEC and Big Ten from luring other PAC-12 members away. But the future, according to one college sports insider, could ride on the decisions of two major programs.

Analyst believes Oregon, Washington are the keys to PAC-12 survival

John Canzano was asked about the future of the PAC-12, and he seems to think the survival of the league resides with two programs. Those two schools are the Oregon Ducks and Washington Huskies.

I don’t see Oregon and Washington ending up on the outside, looking in. They’re the glue holding the Pac-12 together. If UO and UW leave, the Pac-12 splinters. If they stay, I think there’s a solid chance the rest of the Pac-12 merges with the Big 12 in an ESPN-fueled effort.

Canzano believes that Oregon and Washington are the key. If the Huskies and Ducks leave for the Big Ten, the conference, as he says, will splinter. If they stand pat, the league will more than likely try to merge with the Big XII or ACC.

The latter is the best-case scenario. It would allow the PAC-12 to stay relevant while keeping its top remaining members.

If Washington and Oregon opt to leave, though, a majority of the league could be swept up by the Big XII, causing the PAC-12 either dissolve or scoop up some Group of Five replacements.

It will be interesting to see which way it goes.