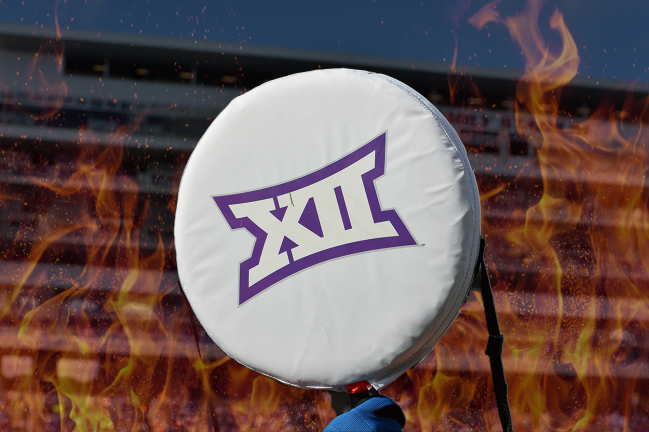 The Pac-12 is in big, big trouble. Not only did it lose its entire Los Angeles market and two most prominent names to the Big Ten, but other programs are also reportedly being targeted to defect.

In the wake of USC and UCLA’s departure last week, there is a lot of inevitable change to come. As television rights continue to lead the landscape of college football toward the future, it seems more and more likely that there will one day be two “super conferences” that operate independently from the NCAA.

There is still a long way to go before it gets to that point, but the process has begun.

According to Dennis Dodd of CBS Sports, the Big 12 is trying to stay relevant as a top conference in college football. To do so, it is looking to poach six teams from the Pac-12.

Arizona, Arizona State, Colorado and Utah were the first teams to surface in regard to a move to the Big 12. Dodd confirmed that those four schools are being targeted and also said that Oregon and Washington are also being considered.

Should those six teams make the jump, the Big 12 will become 18— making it the largest conference in the FBS. It would be monumental.

And it may not be only those six teams. Per Dodd’s report, a Big 12 and Pac-12 merger is also on the table.

Regardless of what is to come with conference realignment, the Big 12 cannot sit idly by.

The conference must be proactive in establishing itself as one of the ‘Power Conferences’ and must act quickly. Poaching from the Pac-12 appears to be the easiest way to do so.

There would not be a large amount of added earning value by bringing the six targeted teams from the Pac-12 to the Big 12. However, by expanding and poaching programs from out West, the Big 12 would be establishing its dominance while diminishing the Pac-12.

From there, the Pac-12 and Big 12 will both have to renew their media and television contracts in the coming years, with the latter having the upper hand. Until then, it’s an arms race to create the most potential earning value.