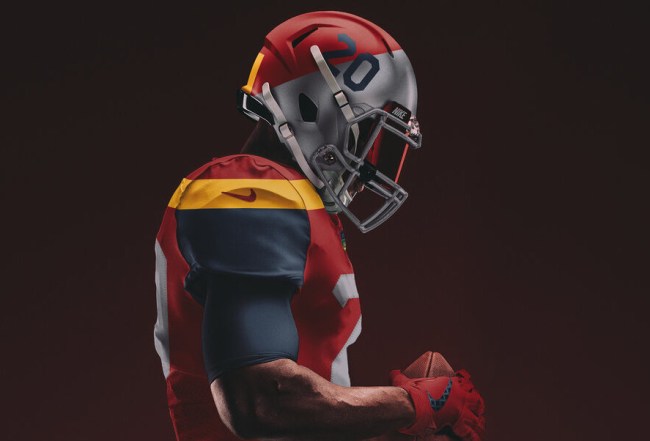 I’d argue that one of the most undervalued skills you can have in life is the ability to read the room, as you don’t have to a be a standup comedian to benefit from having the ability to gauge how receptive (or, more importantly, hostile) people will be to certain thoughts and views that you share.

Washington Redsk—sorry; Washington Football Team owner Dan Snyder has historically been about as good as getting a feel for the general zeitgeist as the best man at a wedding who managed to convince himself he’s a comedy genius with the help of the three shots he pounded before grabbing the microphone.

After purchasing the franchise in 1999, the billionaire refused to even acknowledge the possibility of changing the team’s name even as calls for him to do so got louder with every passing year. However, earlier this summer, he had a sudden change of heart that just so happened to come after a number of major corporate sponsors made it very clear they’d be much less likely to keep throwing millions of dollars his way every season if the team took the field as the Redskins in 2020.

Of course, there’s a chance they might not even take the field at all this year, but if they do, it will be as the “Washington Football Team,” which is the placeholder currently being used (and was already being used by some media outlets who didn’t want to publish a word some people view as a racial slur, which you’d think would’ve made Snyder reconsider his stance but probably just made him cling to it harder).

The Football Team merchandise that’s currently available is an ironic t-shirt fan’s wet dream but the uniforms themselves look like something you’d whip up in 10 minutes on Madden so there’s really nowhere to go but up when it comes to whatever the team ends up rocking when it officially rebrands.

A number of different names have been floated (and the copyright for over 40 potential monikers is held by someone who isn’t affiliated with the organization) and one of the more popular proposals was the “RedTails,” the nickname given to the all-black squadron of fighter pilots commonly referred to as the “Tuskegee Airmen.”

Graphic designer Jesse Alkire took the time to envision what those uniforms could look like and recently unveiled some sick concept art for the team he dubbed the “Columbia Red Tails.” 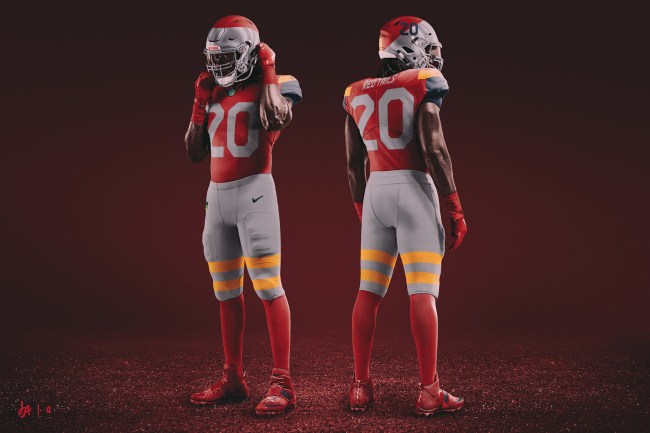 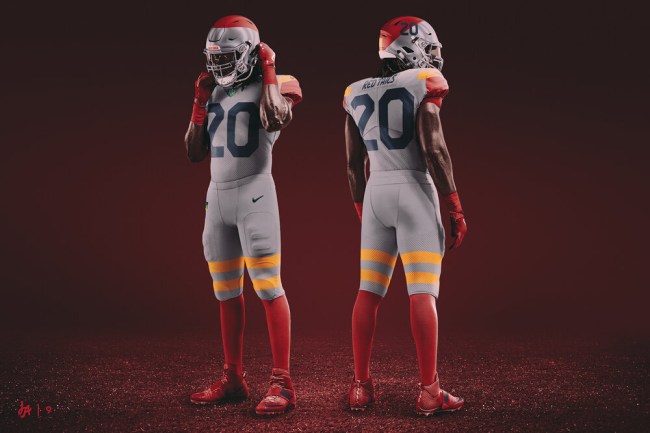 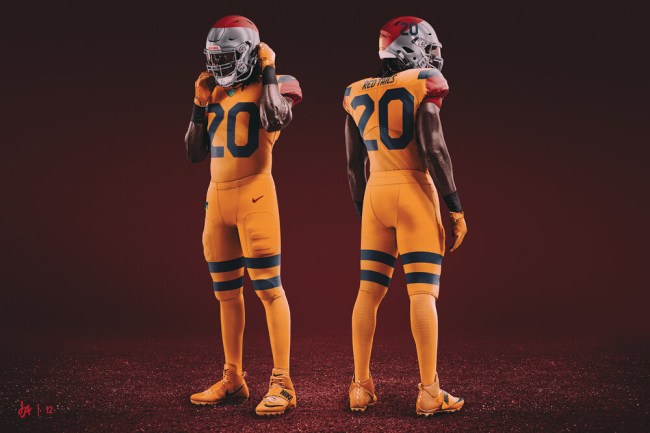 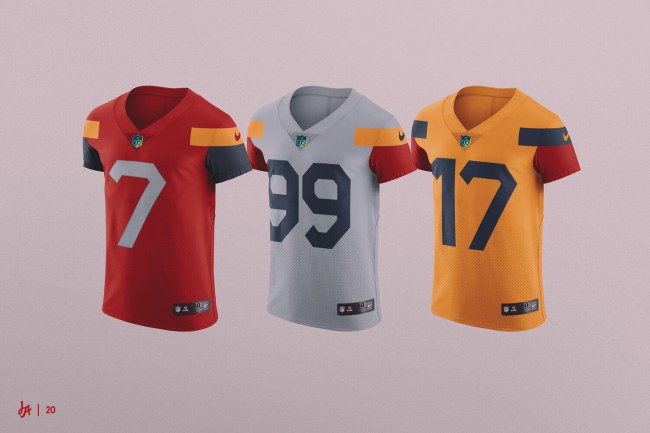 He didn’t just stop with the on-field duds, as he also designed some apparel (which is almost as good as what’s currently for sale in the Football Team shop) and whipped up a field concept that would make the team the NFL’s equivalent of Boise State. 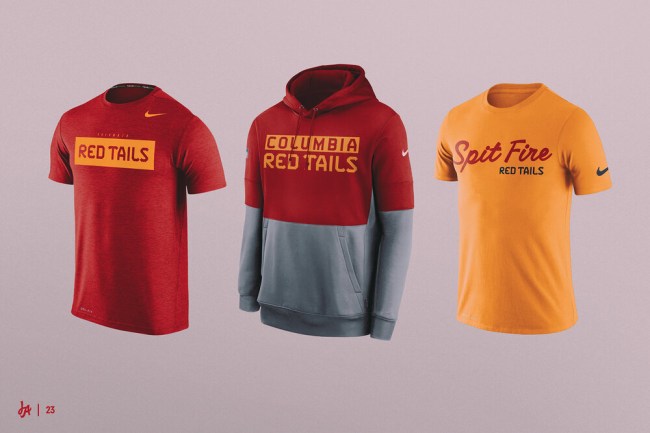 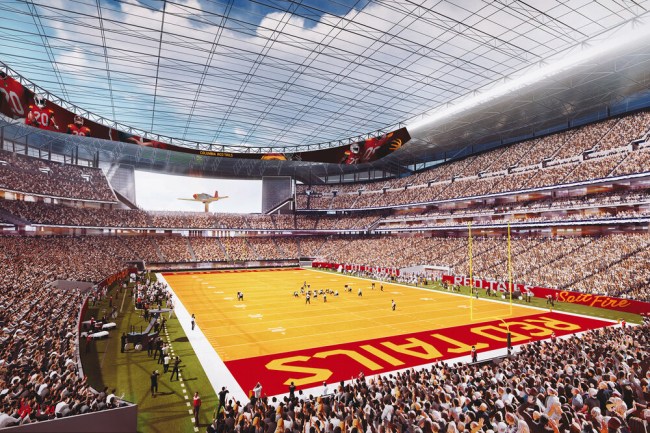 If you’re curious, you can take a look at some more pictures and get some insight into the thought process behind the designs on Alkire’s website.

Now, it seems doubtful the Football Team will adopt an idea from someone on the internet, but at the same time, the controversial logo they began rocking in the 1970s was drawn by a member of a Native American tribe who literally stopped by the stadium to ask if he could design one for them.

I’m not holding my breath but I will be keeping my fingers firmly crossed.