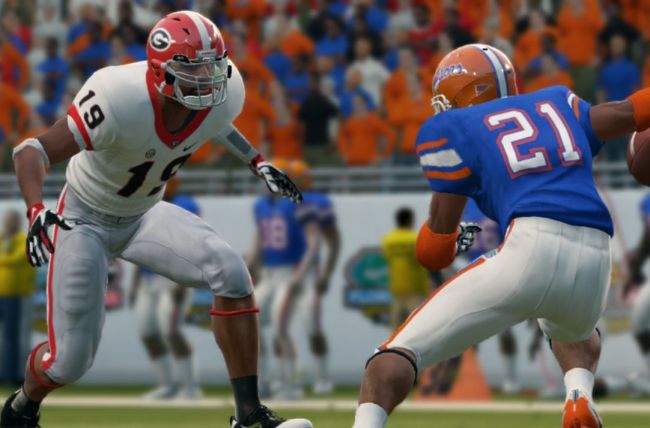 Over the past year or so, the NCAA has gotten a taste of what it’s like to be a dictator who’s spent decades ruling over his domain with an iron fist only to watch helplessly as his subjects stage a revolution to end the authoritarian rule once and for all thanks to the multiple states that have passed laws that would finally allow student-athletes to profit off of their name, image, and likeness.

The governing body of college sports did what it could to quell this rebellion before realizing its best bet was to attempt to control the damage by tweaking the long-standing policy that’s prevented players from earning a single cent while the organization has raked in tens of billions of dollars over the years thanks to the revenue they generate.

I can only assume the powers that be were less than thrilled when things escalated to the federal level over the summer when a group of Congressional lawmakers revealed a proposed law described as a “Bill of Rights” for student-athletes. The sweeping piece of legislation would not only allow them to be compensated but give them access to healthcare to address any long-term issues stemming from playing in college as well as providing them with “lifetime scholarships” that would give them the opportunity to come back to school at any point if they never completed their degree.

The bill (which was officially introduced this week) is sponsored by four Democratic members of Congress—including Stanford football player-turned-Senator Cory Booker, who revealed the athletes aren’t the only people who will benefit when he emphasized a potential upside that should please fans on both sides of the aisle: the return of the NCAA Football video games.

News: Sen. Cory Booker has formally introduced his "College Athletes Bill of Rights" legislation. Would allow athletes to market their name, image and likeness, either individually or as a group. Proposes revenue sharing.

When we spoke, he mentioned bringing back the video game: pic.twitter.com/64Hg963nJA

It’s been a year since NCAA president Mark Emmert said he was open to figuring out a way to resurrect the beloved franchise only to dash our hopes and dreams when the organization revealed a proposal of its own that all but ruled out that possibility. While the primary hurdle was the terrifying prospect of student-athletes forming a de facto union to negotiate the chunk of the revenue they’d receive, the Congressional bill would allow them to avoid that problem while also giving fans what they’ve been craving since EA Sports abandoned the series after the release of NCAA Football 14.

In these hyperpartisan times, it’s incredibly refreshing to see there’s one issue Americans from every walks of life can rally around and I can only hope the rest of Congress gives the people what they want—nay—deserve.