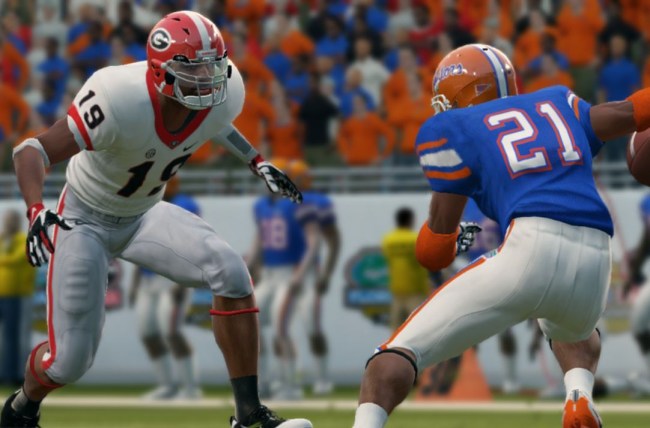 There is perhaps no organization on the planet that has managed to epitomize bureaucratic dysfunction quite like the NCAA, which has a mission statement saying its goal is to provide a fair playing field for its student-athletes and stresses the “student” aspect of that hyphenate should take priority over the sport they play.

Given how eager the NCAA seems to be when it comes to going after anyone deemed in violation of a set of regulations that even the people who are hired by schools for the sole purpose of making sure they comply with them don’t entirely understand, you’d think there would also be a line in there about happily embracing the authoritarian powers granted to it thanks to an organizational structure seemingly designed to maximize unaccountability.

However, as one aspiring lawbreaker on The Wire was told in no uncertain terms by Stringer Bell, one of the worst things you can do when trying to get away with unscrupulous behavior is to explicitly outline all the bad things you’re going to do. As a result, I can only assume we won’t be seeing any major adjustments being made to the NCAA’s credo.

Much like anyone who blasts music on public transportation or goes to a child beauty pageant despite not knowing any of the contestants isn’t technically doing something illegal, the NCAA isn’t breaking any laws by dictating how the unpaid athletes that help it generate $1 billion in revenue every year can (and, more notably, can’t) make some money of their own.

The organization has made it very clear players are forbidden from profiting off of their name and likeness, as it would get in the way of the many ways it does exactly that without compensating them. However, in 2014, a valuable revenue stream suddenly ran dry when a court ruled the NCAA had spent over a decade robbing athletes by allowing EA Sports to put them in its long-running college football and basketball video games.

Those players eventually received a nice settlement check, and while there was a pretty simple fix to keep the NCAA Football and NCAA Basketball franchises up and running, that would’ve required the governing body that licensed them to acknowledge its hardline stance on paying its competitors was actually a bit misguided.

It took far too long, but thankfully, the tides have recently begun to turn thanks to multiple states that have forced the NCAA’s hand by passing laws permitting players to get paid. It has also found some competition from the likes of the G League, which has begun to attract some of the top recruits in the country by offering a hefty payday in addition to covering the cost of tuition if a player wants to eventually get a degree.

Last year, the NCAA revealed it would begin to explore possible ways to do what was previously unthinkable, and this week, we got our first look at an approach that would allow athletes to get paid if their personal brand manages to attract an outside party interested in leveraging it.

When the Board of Governors first announced it would begin to explore this topic, it didn’t take long for people to start wondering about a possible resurrection of the beloved video game titles we’ve been deprived of for so long. The CEO of EA seemed fairly optimistic and NCAA president Mark Emmert said he was open to getting back into that space, but if you were getting your hopes up, I regret to inform you they’re about to come back down a bit.

Sporting News took a look at the wording of the current NCAA proposal with the help of Jim Cavale, who runs a company the facilitates partnerships between brands and athletes. Cavale says he’s had conversations with a number of college officials familiar with the current vision and claims ” group licensing is not a part of the plan,” which he says would make reviving the games a very tall task.

I’ve seen some arguments concerning other potential issues, including one asserting the cost of paying players for appearing in a game is enough to prevent it from ever being made in the first place.

I hate to rain on everyone's parade but those thinking college football is coming back to EA Sports are sadly mistaken. It's not. If they have to pay college athletes it's not a money maker – wish i was wrong.

This doesn’t really seem like it holds up to much scrutiny based on the existence of every other video game featuring virtual versions of actual athletes, as Madden and Fifa seem to be doing alright despite having to pay them. Yes, there are more guys playing basketball and football in college compared to how many compete on a professional level, but assuming there’s some way to strike a collective bargain with the student-athletes who would stand to benefit, you’d have to think there’s a mutually beneficial solution to be found.

This could all obviously change as the NCAA continues to refine the new approach, but when you consider it currently looks like the earliest we’ll see a vote regarding the final proposal is toward the beginning of 2021, it’s likely this seemingly endless video game drought is going to get even longer.