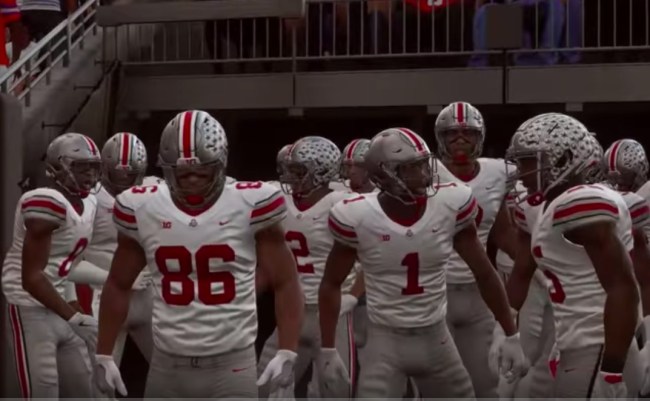 NCAA Football was one of the most popular sports video games on the planet, with the (since discontinued) EA Sports game giving college football fans a chance to play the digital form of their favorite universities and players. Unfortunately, due to likeness issues with student-athletes, the video game had to be pulled prior to the 2014 season, leaving all of us without a college football game to play — but we’ve all impatiently waited for it to (just maybe) make a comeback.

While there have been some rumors about NCAA Football returning over the years — especially with the new “Fair Pay For Play” Act being passed in the state of California earlier this year — there are millions of us just waiting for the potential announcement that EA Sports is bringing it back. Sure, there have been modified versions of the game, with one developer superimposing college teams from NFL teams in Madden, but we have yet to get the real thing.

Could we finally get our wish in the next year or so? According to NCAA President Mark Emmert, we just may — but there are a few things that must be established prior to NCAA Football ever hitting shelves. That’s according to The Spun, which reports that the NCAA is already in the process of figuring out some sort of model for player compensation in order to try and make it happen.

Details are still very scarce, and we’re a few years away from change coming.

We are supposed to have new rules established “no later than 2021,” so the turnaround might not take that long. When it does, NCAA Football could return to shelves.

NCAA president Mark Emmert was asked about the game series specifically today, during a panel hosted by The Aspen Institute for sports. He laid out three key issues surrounding the relaunch of the series, per Jane McManus.

According to McManus’ Twitter account, here’s what Mark Emmert had to say about any potential future for the NCAA Football video game.

On the NCAA video game: NCAA president Mark Emmert said he is open to bringing it back, but would need 1. assurances that no more lawsuits would be filed, 2. a group license deal that gives students a voice 3. without giving them a union and making them employees. #aspensportslab

Emmert doesn’t nix idea of bringing back video games but creates a very high bar for bringing it back. #AspenSportsLab

That may not be the great news fans of NCAA Football want to hear, but at least it’s a move in the right direction. After all, if the NCAA President is talking about how the video game could return, then it means the organization understands there’s a demand from fans for it. And with the NCAA continuing to explore ways to compensate student-athletes, maybe this is a surefire way for it to happen. Fingers crossed, because this is one of the greatest video games ever created.