Congress Says Daniel Snyder Is Refusing To Be Subpoenaed, Which Is Certainly A Bold Move, Cotton 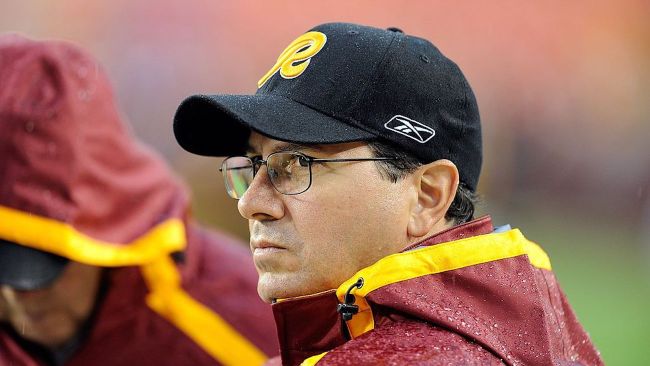 According to Pro Football Talk, “last week, U.S. House Committee on Oversight & Reform chairperson Carolyn Maloney said that she would subpoena Commanders owner Daniel Snyder to testify at a deposition this week.” However, now the House Oversight Committee says that the billionaire NFL owner “refused to accept service of the subpoena.”

The committee has been looking into the workplace culture of the Washington Commanders, which has been at the center of numerous salacious allegations over the years.

“Mr. Snyder has so far refused to accept service of the Committee’s subpoena. While the Committee has been, and remains, willing to consider reasonable accommodations requested by witnesses, we will not tolerate attempts to evade service of a duly authorized subpoena to seek special treatment no afforded to other witnesses who testified in this matter. The Committee will not be deterred from obtaining Mr. Snyder’s testimony, and we remain committed to ensuring transparency about the toxic workplace culture at the Washington Commanders and the NFL’s inadequate response.” [via Ben Standig of TheAthletic]

A spokesperson for Snyder, however, disputes the House Oversight Committee’s claims and says that the Commanders’ owner “has not refused to appear” before Congress.

“Mr. Snyder has not refused to appear for a deposition,” the statement explains. “The Committee offered only one date — June 30 — and Mr. Snyder’s attorney is out of the country and unavailable on that date. Mr. Snyder’s lawyer has provided alternative dates to the Committee and looks forward to finding a path forward for Mr. Snyder’s further cooperation and to address remaining due process concerns.”

CBS Sports reports that the Committee’s investigation also stems from the fact that the “chairman and chairwoman believe the NFL ‘covered up’ alleged misconduct from the six former Commanders employees prior to the league’s investigation.

Given the increasing pressure surrounding Snyder, it’ll be fascinating how much longer he sticks around before the rest of the league’s owners try to force him out.