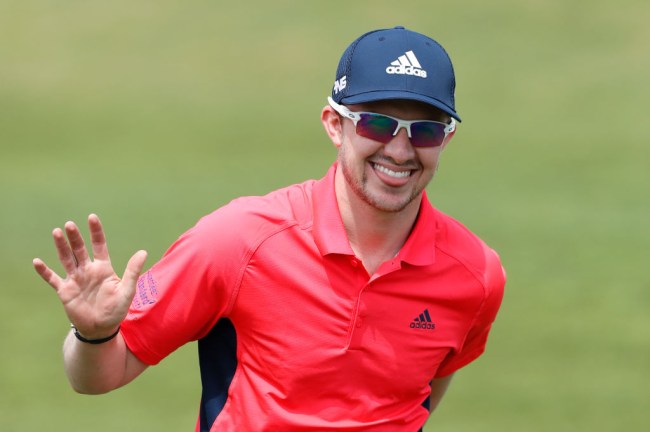 A large number of golfers around the world, specifically those over in Europe, have had to get creative when it comes to keeping their games in shape during golf’s shutdown. With a number of courses closing their doors for a long stretch of time, many players opted to practice in their own backyards with some makeshift practice facilities.

One of those players is European Tour player Connor Syme who set up a hitting bay in his backyard so he can get some reps in during golf’s pause. As you can see, it’s not a bad setup by any means, any everyday golfer would be happy to have it, but it turns out it’s not the safest practice spot in the world.

Syme was getting some swings in over the weekend and found out that there’s at least one spot in the net that you need to avoid. He caught ahold of an iron shot that caught a piece of the wall behind the net and fired right back at his face. Lucky for him he turned away, but his head couldn’t quite move fast enough.

No, the ball wasn’t moving too fast as it caught his head, but that’s still a golf ball bouncing off of your skull. It could be moving 3 mph and it still wouldn’t feel great. His reaction was absolutely priceless and exactly how anyone else would react.