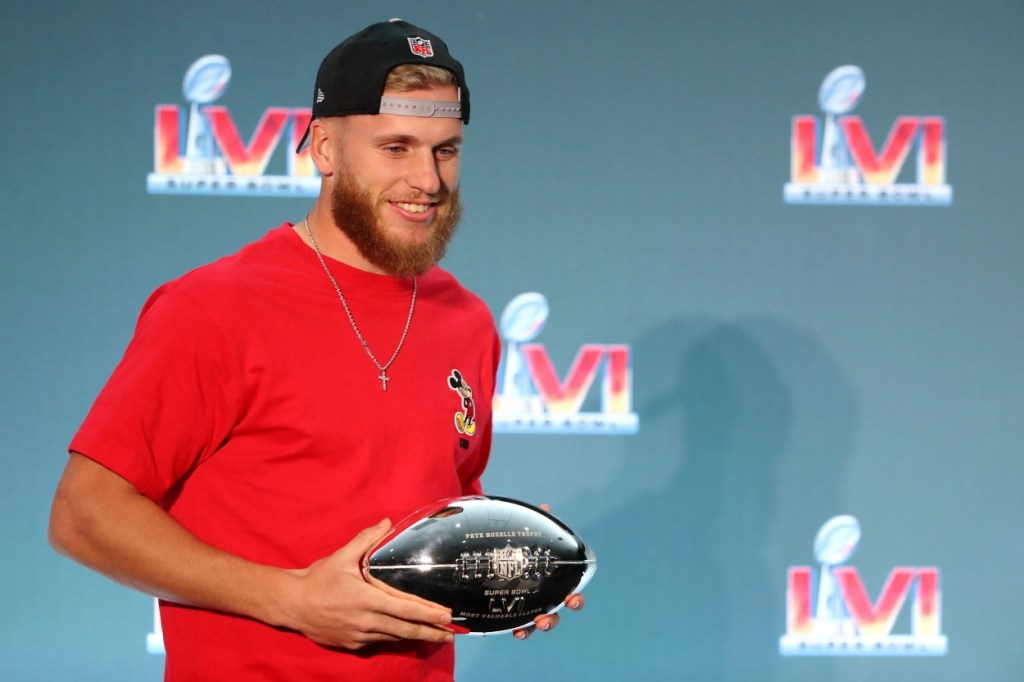 The defending Super Bowl champion Los Angeles Rams might not be the Las Vegas favorites to win it all next season but they’re right there in the mix. Reigning Super Bowl MVP absolutely torched the NFL last season for just shy of 2,000 yards (1,974) and 16 touchdowns and it’s possibly his offensive production goes up next season.

Speaking with the NFL media at a press conference on Monday, Cooper Kupp was heaping praise on new Los Angeles Rams wide receiver Allen Robinson aka A-Rob. Odell Beckham Jr. put up 305 yards and scored 5 receiving touchdowns with the rams last season but it sounds like Kupp is anticipating a lights-out performance from Allen Robinson.

A-Rob joins the Rams after four seasons with the Chicago Bears where he experienced a carousel of quarterbacks and coaching turnover. Allen Robison was an absolute STUD in the 2019 and 2020 season, putting up 1147 yards and 1250 yards respectively. And it sounds like Cooper Kupp is ready for more of that, based on his comments below.

Cooper Kupp: “Working with A-Rob has been incredible. It’s his mental aptitude of what he’s able to grasp already. And just being able to dialogue with him, how he sees the game has been really fun.”

“I think the cool thing, watching A-Rob’s tape, he’s a lot bigger than I think people think that he is. He’s a big dude that can do a lot of things that smaller receivers do. I’m excited about being about to have someone like that, who can do those things, be a big body, big target.”

“His football aptitude is incredible. But his willingness to spend the time here and learning this thing, because he doesn’t just want to know the offense — he wants to understand the offense. And there’s a difference between knowing what to do and knowing how to do it. And he wants to know how to do it and how to do it as efficiently as possible, as effectively as possible. So I’ve got a great appreciation for that.”

2. The LA Rams wide receiver corps is going to be FILTHY good next season with these two working in tandem.

Many of you already know this but I’m a Tampa Bay Buccaneers fan. The emotional roller coaster over the past few seasons has been wild. Cooper Kupp’s 183 yards against the Bucs in the NFL Playoffs felt it at least had some impact on Tom Brady’s decision to retire. Then I entered the offseason thinking the Bucs would go back to being a .500% team until Brady reversed his retirement decision.

I genuinely hope we get a Tom Brady vs Matthew Stafford / Mike Evans vs. Cooper Kupp rematch in the NFL Playoffs next season so we can start building a little bit of a coastal rivalry with the Rams.