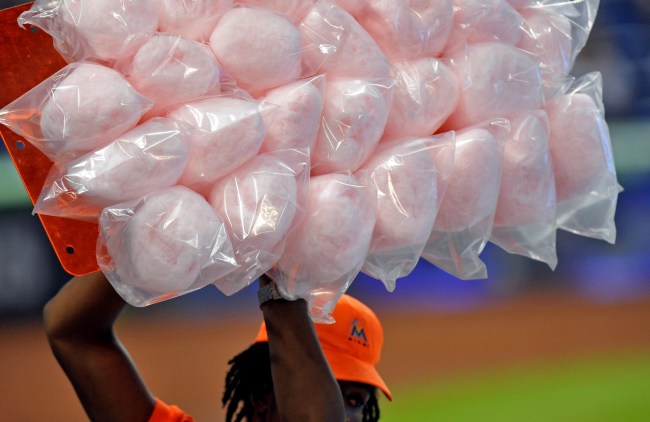 I would argue the most valuable asset a minor league baseball team can have is a sports marketing department that spends its days dreaming up wacky promotions to entice potential attendees who would normally care less about watching junior college grads attempt to hit a ball over a wall covered in advertisements for local businesses. I’m all for weird giveaways and dogs doing dog things on a baseball field but one team might have just taken things too far.

Over the past few years, many baseball stadiums have tried to take advantage of humanity’s weird obsession with ungodly culinary creations by dreaming up menu items tailor-made for the age of Instagram. However, some people are so preoccupied with whether or not they could that they didn’t stop to think if they should, which is how we ended up with the monstrosity being served at an Erie SeaWolves game over the weekend.

On Saturday, the Tigers’ Double-A squad alienated diabetics and delighted the dentist advertising on the rightfield fence when they hosted “Sugar Rush Night.” It was an evening featuring some unusual concoctions, including an affront to God in the form of a hot dog served in a cotton candy bun and covered in Nerds.

It’s Sugar Rush night at UPMC Park! You can get a Smith’s hot dog with a cotton candy bun topped with nerds! 🤪🤪🤪🤪🤪🤪 pic.twitter.com/z9FhZBtXun

I think we should all stop arguing about whether or not a hot dog is a sandwich for a second and come together to agree that this… thing has no place in this world.