Breaking: Tony Romo Being Released By The Cowboys, Will Enter The Broadcast Booth 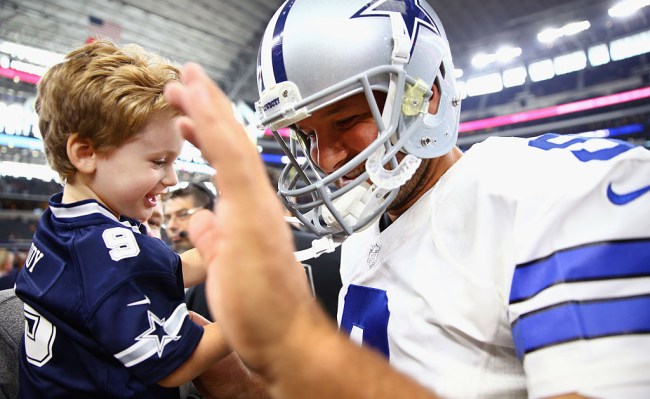 It’s happening. The Dallas Cowboys are bringing the Tony Romo-Dax Prescott feud to a close. ESPN’s Adam Schefter is reporting that Dem Boyz are releasing Tony Romo, and after leaving the Dallas Cowboys Romo will enter a new life in the broadcasting booth.

The Cowboys tried to trade Romo for months, trying to extract any value whatsoever that they could get for the aging quarterback made of porcelain, but they couldn’t find another NFL team that would touch Tony with a 10-foot pole. Now that the Cowboys have resigned themselves to the fact that Tony Romo and his hollow bones are less desirable to NFL teams than Colin Kaepernick they’re doing the honorable thing and cutting him.

As for which network Tony Romo will sign with to become a broadcaster, there were previous reports by ESPN that Fox Sports has previously expressed interest in signing Romo to replace John Lynch during NFL broadcasts.

There were also reports that Tony would replace Phil Simms at CBS for NFL broadcasts. So it appears there is a great deal of interest in keeping Tony Romo on TV.