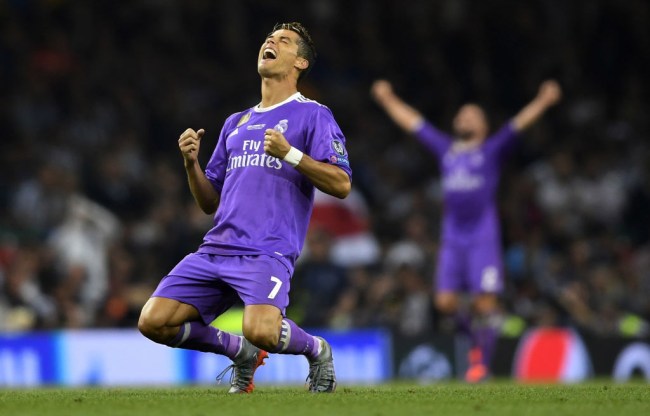 You know how you know you’re rich? When you have your own personal sleep coach. 2016’s richest athlete, according to Forbes, Cristiano Ronaldo is one of those people.

Nick Littlehales is Ronaldo’s sleep coach and has also worked with NBA and NFL teams as well. And according to a profile done on him recently by The Independent, he doesn’t buy the rule about getting a traditional eight hours of continuous sleep. He feels that when one does that “it creates unnatural rhythms” which in turn means that a person’s least productive part of the day will be between one and three in the afternoon.

Instead, Littlehales tells his clients to take five 90-minute “sleeps.”

An hour and a half before Ronaldo goes to bed, he will turn off his phone, stop watching television or any other screens.

Littlehales advises his clients to sleep in the foetal position in fresh laundry – you imagine Ronaldo has someone to change his sheets for him – and he disdains the kind of luxury mattresses that claim to hug the body’s contours.

“All you need is 10 centimetres of foam,” he said. “Why, when you go camping and start sleeping on a thinner mattress do you wake up feeling fantastic? I’ve been working with Team Sky for a number of years and during every Tour de France, Giro d’Italia or Vuelta a Espana, we go ahead to the hotels making sure the cyclists sleep on exactly the same mattress every night.”

Littlehales also recommends, reports The Guardian, black-out curtains, a room temperature of 61 to 64 degrees, filters in the HVAC system that remove allergens from the room, nasal strips to prevent mouth-breathing and “a small dawn light simulator that emits gradual light to replicate the natural circadian process of sunrise.”

Got all that? Good. Now get out there and get some sleep.