Cristiano Ronaldo Wore Over $820k Of Jewelry On One Hand During A Soccer Conference In Dubai, But Don’t Worry, It Was Subtle 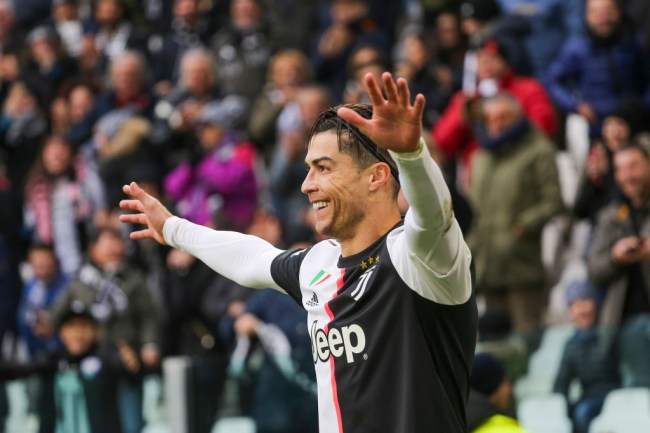 Cristiano Ronaldo lives one hell of a life, an elite life some would say. While he puts on a show each and every time he touches the field, he’s no stranger to putting on a show off the pitch as well. Which, you can’t blame him either, the man makes all the money.

He showed off said riches over the weekend when he rocked the most expensive Rolex ever made at a soccer conference in Dubai. The timepiece is valued at a smooth half a million dollars. That’s correct, he had $500,000 sitting on his wrist. But hey, when you’re in the building to collect your sixth award for men’s player of the year at the Global Soccer Awards, you dress to impress.

According to Daily Mail, the Rolex GMT-Master II Ice is made with 18-carat white gold and has 30 carats of diamonds on it.

As you can see in the photo above, the Rolex wasn’t the only thing on Ronaldo’s left hand, you may have noticed the two very noticeable rings as well.

According to the Daily Mail report, he was also wearing a custom engagement ring that’s valued at $262,000 and a diamond wedding band worth $65,400. For those keeping up at home, Ronaldo was wearing over $820,000 worth of jewelry on one hand.

Having north of $800k of jewelry on one hand isn’t too big of a deal for Ronaldo, however. While he makes a little over $33 million playing for Juventus with a weekly wage over $630,000, this is the highest Instagram earner on the planet we’re talking about here.

Ronaldo brings in $47.8 million per year from paid Instagram posts. A Bizz Bingo report claims he makes $975,000 per paid post.