C.T. Pan, Who Withdrew From The Players Over Safety Concerns, Has His Worries About The PGA Tour’s Return But Plans To Play In First Event 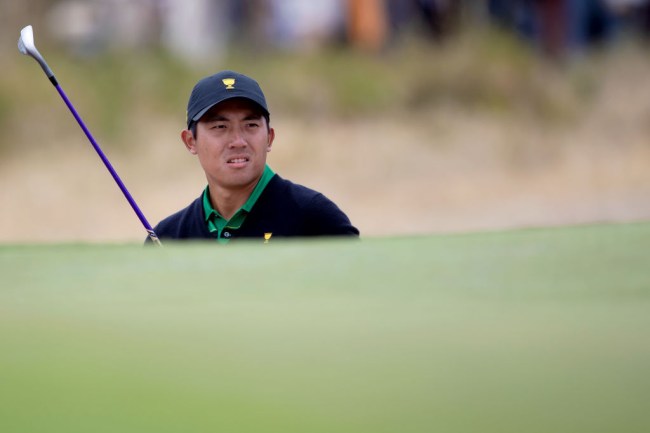 It feels like it was years ago that the entire sports world hit pause and the only sport left standing, at least for a brief moment, was golf but in reality, that whole sequence of events happened not that long ago on March 11.

Every major sports league in North America had shut down, but the PGA Tour was bound and determined to at least attempt to play its premier event, The Players. If you remember, the Tour let spectators through the gates on that Thursday and the first round was played before PGA Tour commissioner Jay Monahan pulled the plug on the event just moments after a rather eye-opening press conference from Rory McIlroy.

One player, C.T. Pan, decided not to tee it up that Thursday due to safety concerns and made headlines when he wrote a now-deleted tweet saying “I’m probably the only one who is not playing, same number as the hand sanitizers in the clubhouse, lover and dining” before explaining why he elected to withdraw from the tournament.

Now, with the PGA Tour scheduled to resume play during the week of June 11-14 in Texas, Pan finds himself in a unique spot when it comes to returning to action.

Pan, the No. 99 player in the world, seems to still be a bit worried about the situation at hand but is confident that the Tour’s guidelines cover all bases.

“I feel like we all have learned a lesson,” Pan told Golf Digest. “That if we are going to do this, we have to do it right and safe. And I think the guidelines do a good job of showing caution in every decision.“

“This isn’t a players versus the tour scenario; it comes across as everyone is in this together.”

As far as his concerns, Pan sees air travel as a serious hurdle and that a setback, such as a player testing positive, could be a real issue.

“Everyone packed together in a small area is less than ideal.”

“I trust we are going back in June not only because it’s safe but that it can be safe throughout the schedule,” Pan said. “But if something happens, you begin to think, ‘Uh oh. How long is this going to last?’”

Having said that, Pan intends to be in the field at the Charles Schwab Challenge next month as the Tour resumes play with its new look schedule.