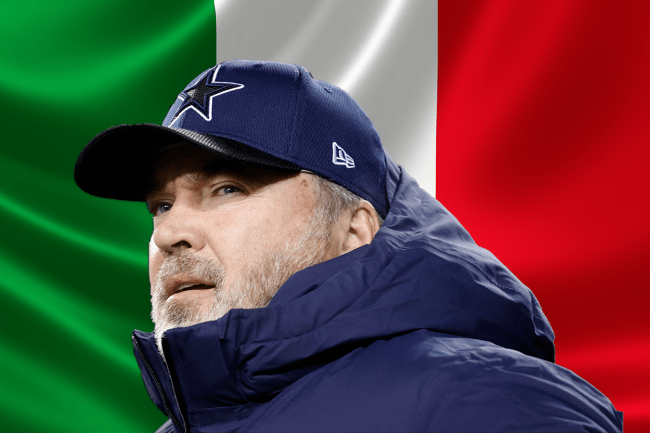 The Dallas Cowboys lost the NFC Wild Card game in the most Dallas Cowboys way possible. After falling behind for most of the game, they made a late push in the fourth quarter to cut it to a one possession game in the closing moments.

On the final drive, Dallas blew it. Offensive coordinator Kellen Moore called a quarterback run without a timeout, head coach Mike McCarthy okayed the call, and then Dak Prescott bungled it.

After rushing down inside the 25-yard-line, the offense was unable to spike the ball in time to get another play off. The clock ran out and the game ended in yet another hilarious loss for the Cowboys.

It was entirely Prescott’s fault, as Tony Romo did a great job explaining on the broadcast, but he probably should not have been put in that position to begin with. Either way, it happened and it failed miserably.

In turn, as the officials exited the field, Cowboys fans completely melted down and threw trash at the referees. For some reason, Prescott applauded the fans for throwing things at the officiating crew, even though the scenario that played out was completely his fault.

The whole thing could not have been written any better.

After the game, a man who apparently goes by ‘Zomp’ let Dallas have it on Twitter. The man, a proud Italian from New York (he is an islanders fan so he might actually be from Long Island), went on an all-time rant, laughing at the Cowboys and their failures.

Pay special attention to how he says “Amari Cooper.”

From the words he so eloquently strung together, to to his accent, to calling Dak Prescott by his legal name, to rubbing in the loss to an Italian quarterback, it’s perfect. Zomp has etched his name amongst the greats of New York fandom.