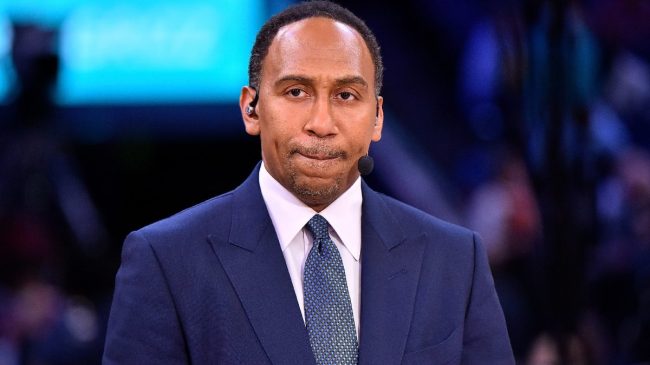 The NFL schedule has officially been released. With the slates coming out for all 32 teams on Thursday, a number of social media crews are posting videos online to commemorate the unveiling.

And boy have there been some good ones.

The Seahawks got it started with a team-wide prank where the coaching staff tricked players with a fake schedule. Then, the Chargers absolutely eviscerated every opponent on the schedule with a vicious anime video.

One team that didn’t quite hit the mark, at least in these eyes, was the Dallas Cowboys.

The social media crew released a three-minute video featuring Stephen A. Smith as its star. You be the judge.

We couldn’t think of any one better to give his first take on our 2022 season schedule. Enjoy…😂😂😂

The well-known Cowboys hater starts with a rant about how he thinks that Dallas will struggle through another season. After one of his famous long-winded screaming bouts, the cameras cut Smith off.

He leaves the set in disbelief, as he still had a bit more hatred to spew for his hated nemesis.

Fast forward to the second half of the video and you see owner Jerry Jones editing the video shoot to make Smith look as though he’s praising the Cowboys. The premise of the clip is kind of funny, but Stephen A.’s yelling is more annoying than entertaining.

Had to bug out 10 seconds in, This guy is fingers on a chalkboard to me. Automatic switch the channel. Somebody tell me if it's any good.

Stopped watching once they showed who it was… fail..

I am disappointed. I didn’t want to see the ant eater, Stephen A Smith.

Dallas will kick off the season with a week one matchup versus Tom Brady and the Buccaneers on Sunday night. Hopefully the fans are more excited about the opener than they are this schedule release.