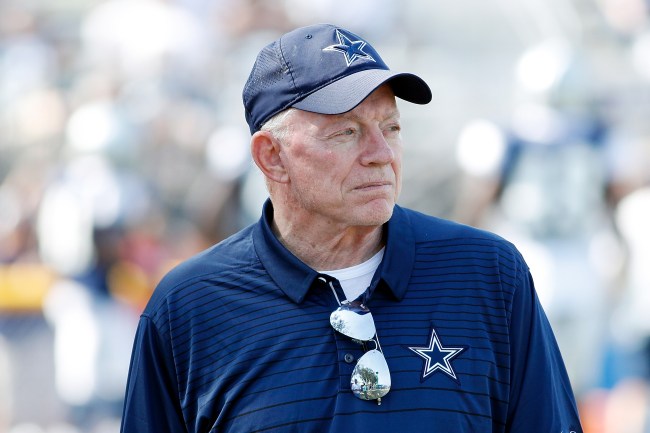 On Friday, the Dallas Cowboys joined several NFL teams that have released video PSA’s amid the protests taking place around the country following the death of George Floyd at the hands of a Minneapolis police officer.

Cowboys players Dak Prescott, Ezekiel Elliott, and Tyrone Crawford all make an appearance in the PSA video which states the organization has been taking part in conversations with local leaders on the “systemic problem of racism”.

The Dallas Cowboys began conversations about social injustice two years ago and they continue to be ongoing.

The recent killing of George Floyd and others illuminates the importance of continuing these efforts. pic.twitter.com/0yofZ6Vz9O

This video statement, the first in a series that will be released by the Dallas Cowboys, reflects the organization’s statement regarding the recent tragedies in our country while also disclosing interactions between the team, it’s players and community leaders: including law enforcement (7 local police chiefs), judicial figures (8 judges), social service leaders and Dallas city attorneys.

This program was initiated, and is being led, by the team’s players and is being facilitated by the organization.

These conversations, which began two years ago and are currently ongoing, have served to educate the organization and its players on the magnitude of the systemic problem of racism and to offer avenues of finding the best ways to effect change.

Was told @dallascowboys had a powerful virtual team meeting w/raw & real messages by Gerald McCoy, Jaylon Smith & more. The direction this week from Coach Mike McCarthy has been focusing on conversations about George Floyd, racism, personal experiences & how to go from (1/2) https://t.co/6V971HDCkQ

Immediately after releasing the video, people were quick to remind the team about Jerry Jones’ refusal to allow his players to silently protest police brutality by kneeling during the anthem because he feels they are “disrespecting the flag.

Jerry Jones threatened to fire anybody who kneeled in his uniform. Notice who’s not in this video? Jerry. The cowboys organization does not support this video. He treats anyone who wears his star like property and they are not allowed to have a voice. https://t.co/dBlUBC5RRA