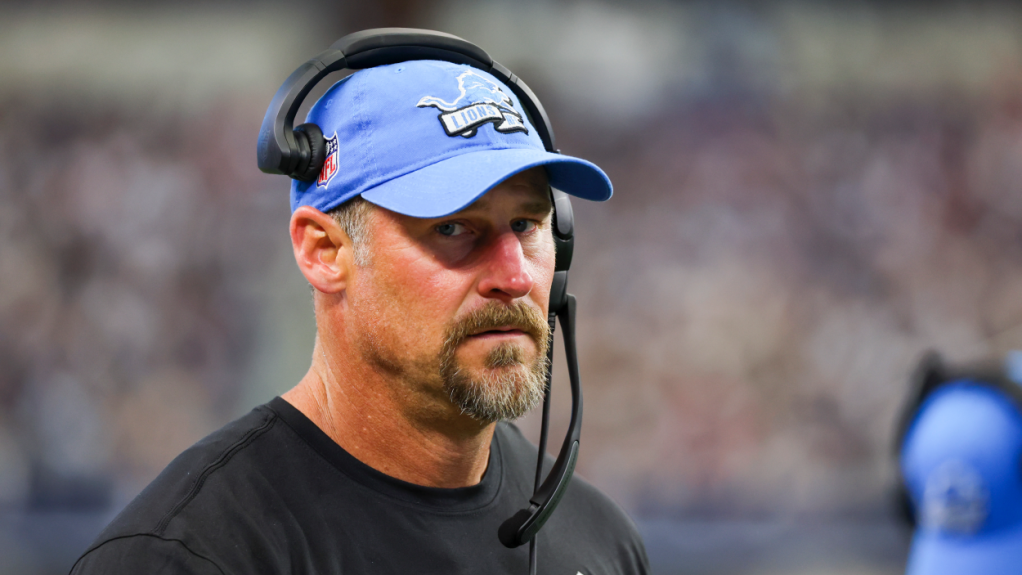 The Detroit Lions are 1-6-0 and own the worst record in the NFL this season. They were *this close* to securing the team’s second win of the season on Sunday against the Miami Dolphins but the ‘phins outscored Detroit 14-0 in the second half and won 31-27. Despite the team’s horrendous start, Dan Campbell remains optimistic.

In fact, Lions head coach Dan Campbell sounds like a broken record with how ‘close’ the team is to turning it all around. But close only matters in horseshoes and hand grenades. Dan Campbell knows that, but he doesn’t seem to recognize that he’s lost the support of the fanbase.

After the loss, Dan Campbell had this to say:

“I think it’s all-encompassing. Bill Parcells just used to say, ‘The only way to win close games is win close games.’ So, like, we’ve got to find a way to win a close game when we’re actually playing in close games, and that’s how you build confidence to do it. And until then, you’ve got to do all the little things right.

So, I think it’s all-encompassing. Hey, it’s frustrating, but I know everybody’s tired of hearing it’s close, but I do know we’re close, and you just don’t know when it’s going to turn. But if we don’t keep swinging away at it, it’ll only get worse.”

Campbell acknowledges that everyone is tried of him repeating how ‘close’ the team is. But a quick look at social media shows that Dan’s lost the support of the fanbase.

Here’s what Lions fans and the NFL world is saying

Well, he does have a 6-year contract…

I don’t know how Dan Campbell stays in this job much longer.

Dan Campbell really did win everyone over with Hard Knocks only to trot out the same Detroit Lions team we see every season:

Me betting on the Lions every week because bozo Dan Campbell was likable in hard knocks pic.twitter.com/1Do74YmzBW

Dan Campbell trying to get the Lions a win

“I don’t want to sell you guys something you’ve been sold so many times over and over…I know wins and losses are the only thing that matters.”

– 4-19-1 Record
– 2-10-1 in one possession games
– 3 Consecutive Weeks of being shutout in the 2nd Half
– Says the same thing after every game
– Players like him #OnePride pic.twitter.com/32cxqOGPQE

It’s not terribly difficult to find people saying positive things about Dan Campbell. The players like him and he’s a great motivator. But the results aren’t there and that’s ultimately the only thing that matters in the NFL.