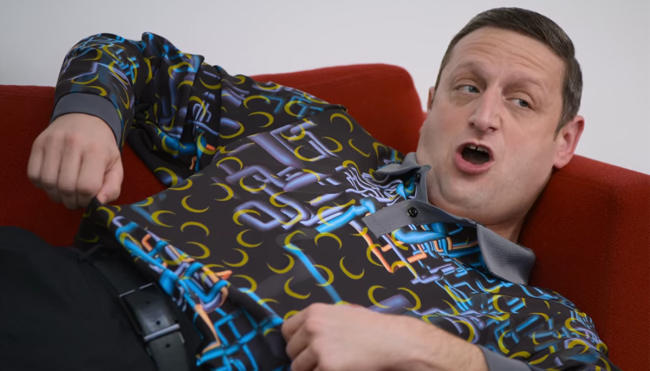 It’s been two years since Netflix unleashed the first season of I Think You Should Leave on an unsuspecting world and found itself with a fairly unexpected hit on its hands courtesy of the incredibly quotable and infinitely GIFable sketches spawned from the brilliantly twisted mind of Tim Robinson.

Robinson had previously spent a few years honing his comedic chops while working on Saturday Night Live before shifting his attention to the criminally underappreciated Detroiters, the Comedy Central sitcom that sat atop an undercurrent of the surrealist absurdism that serves as the lifeblood of the Netflix project he turned his attention to following its cancelation.

The bulk of the sketches in I Think You Should Leave center around the show’s creator playing a character at the center of the kind of social situations that would make you physically uncomfortable if you witnessed them in real life. That includes one of the highlights of the second season where a meeting concerning a corporate merger goes off the rails courtesy of Robinson’s character Mike, a guy who is absolutely enamored with a “badass” men’s clothing store called “Dan Flashes” that specializes in shirts emblazoned with incredibly complicated patterns.

In the sketch, Robinson rocks a shirt that was designed specifically for the show with an aesthetic inspired by a Windows XP screensaver, and on Tuesday, the Adirondack Thunder of the ECHL paid homage to Dan Flashes when they dropped some absolutely unreal concept art for a hockey jersey inspired by the threads.

It would appear the minor league hockey team whipped up the design as a joke, but they teased there’s a chance they could actually produce them after multiple people inquired about getting their hands on one.

I like to think they’ll end up selling the jerseys for the bargain bin price of $150, but I would happily throw someone down a set of stairs for the right to pay even more if that’s what it takes to secure one.