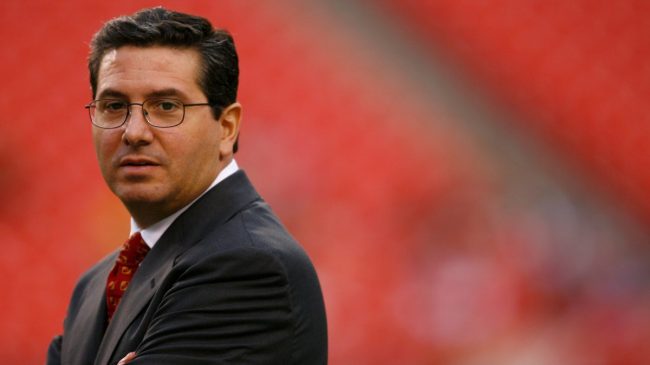 Washington Commanders owner Dan Snyder is in the midst of a workplace misconduct investigation that could result in his being forced to sell the team.

The owner has been accused of sexual harassment, financial deception, and meddling into an investigation.

On Thursday, a story surfaced from the testimony of a former employee, and it will only dig a deeper hole for Snyder to climb out of.

Michael Phillips of the Richmond Times-Dispatch made quite the discovery while going through the testimony of David Pauken. Pauken spoke of an incident involving Snyder and Washington Nationals owner Mark Lerner.

Lerner owned property near FedEx Field which Snyder wanted to purchase for parking. Snyder believed the asking price was too high, but still bought the land anyway out of necessity. Lerner also owned a suite at FedEx Field in order to watch the Commanders play.

This was Snyder’s retaliation.

In order to get back at Lerner for making him pay above what Snyder viewed as a fair price, Pauken says that Snyder ordered him to pour milk in Lerner’s suite.

And this happened — the story I’m telling happened to me and it happened to [sic] where Dan wanted to see Lerner’s suite and we go up there to his suite. This was on a non-gameday. And Dan asked me to pour milk on the carpet under the seating in Mark Lerner’s suite, so that the suite would smell like sour milk when the Lerner family came in on gameday… I owe Mr. Lerner an apology, but I did it because Dan told me to.

That has got to be the pettiest retaliation I’ve ever heard of. Making someone’s suite smell like spoiled milk when they come to watch YOUR team play??

This likely won’t bode well for his case, but even if it has no influence, it gives fans yet another reason to despise him.