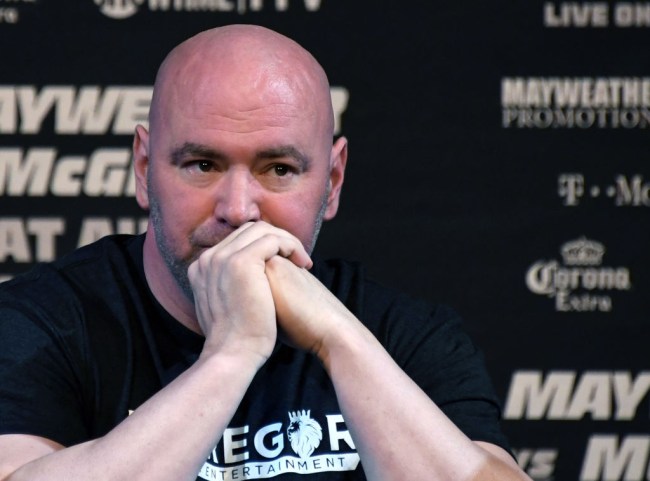 MMA fans collectively scratched their heads this week when it was announced that Greg Hardy would make his UFC debut on the same card as Rachael Ostovich, whose husband faces a second-degree assault charge for allegedly breaking her orbital bone in a domestic dispute last month. Hardy, of course, has been a perpetrator of domestic violence in his past, including a conviction in 2014 that helped derail his promising NFL career.

Those who didn’t view this move by the UFC to be malicious, certainly viewed it as tone deaf.

Greg Hardy’s eventual UFC debut was always going to be controversial and met with heavy criticism. However, to debut him on the same card as Rachael Ostovich (on the first ESPN card, no less) is a dubious decision at best and incredibly tone-deaf. https://t.co/lqd8BYW9GA

UFC President Dana White has responded to the backlash, claiming that Ostovich was “totally cool” with pairing.

“I called Rachael Ostovich and talked to her and walked her through this situation,” White today told TSN in Canada Thursday morning. “And her take on it was, ‘His story isn’t my story. Everybody’s story is different, and I believe in second chances. I have no problem fighting on the same card as this guy.’

“He didn’t do anything to Rachael Ostovich. She was totally cool with it. Obviously, having her support was a key factor in making that decision.”

Dana White discusses the decision to have Greg Hardy compete on January 19th, the same card as Rachael Ostovich, a recent victim of domestic violence.

White has spoken to Rachael since Hardy was added to hear her feelings on it. Hardy will remain on the card despite the backlash pic.twitter.com/6EHMIXS9lm

I guess that settles that. Ostovich will fight Paige VanZant, while Hardy will debut against Allen Crowder (9-3) on January 19th on ESPN+.